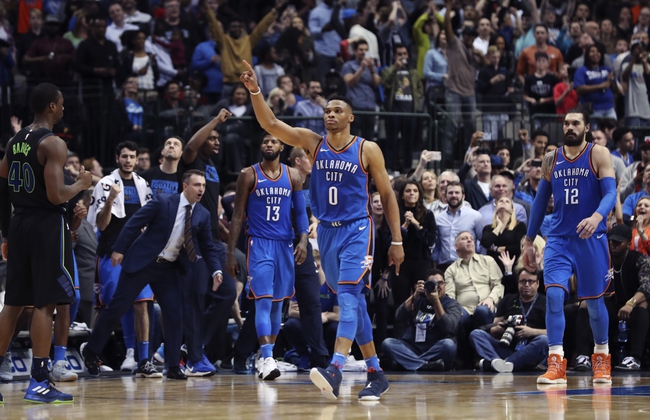 With or without Russell Westbrook, the Oklahoma City Thunder are finding ways to win games and ae shooting the ball much better than when the season first started. The Dallas Mavericks have been in a lot of tight games, but they're on the losing side more often than not and get torched from beyond the arc. OKC is simply the better team, even without its best player playing. I'll lay the bucket with the road team.