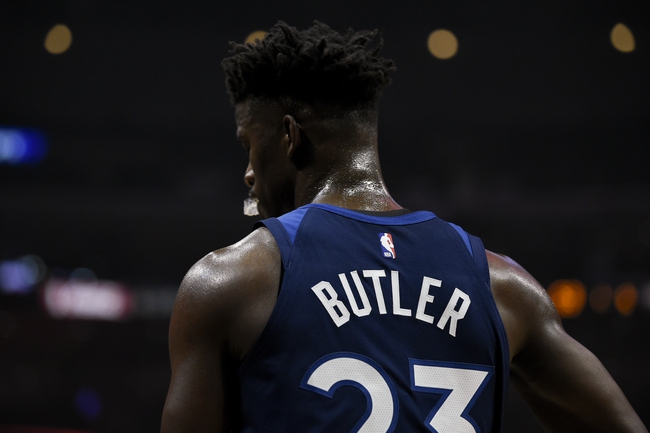 The Jimmy Butler saga is finally over, as he was traded from the Minnesota Timberwolves to the Philadelphia 76ers for Robert Covington, Dario Saric, Jerryd Bayless and a 2022 second-round draft pick.

So, what does this do for future betting when it comes to the 76ers?

Bovada, a site I rarely look at in the offshore market due to late line posts, has the 76ers at +750 to win the East. I’m not sure how you pass that up with this move. While the 76ers lost outside shooting and doesn’t have many players who can stretch the floor, they now have possibly three of the top-10 players in the Eastern Conference. If you want to argue that, the 76ers certainly have three of the top-15 players in the East.

Ben Simmons, Joel Embiid and Jimmy Butler is as good of a trio as you will find in the East. Talent matters in this league, and Philly has to like its chances against anybody in this conference come playoff time, and that’s without making any other roster moves. There’s still assets to possibly swing another move if this franchise wants to push all of its chips in front of the table.

It’s unclear how Butler will fit from an offensive standpoint, but he’s shooting 47.1 percent from the field, which is the second-highest of his career. Butler is also averaging 21.3 points per game, which is the third-best of his career, and that’s with him playing just 36.1 minutes, the fewest playing time he’s seen since becoming a full-time starter back with the Chicago Bulls.

There’s clear holes on this 76ers roster, as there’s a lack of depth and spacing. However, I’m a big believer of getting the star and figuring things out later. Just look at previous NBA Finals, and you’ll quickly realize you need top tier players to make noise in this league. The 76ers have three guys who can takeover a game, and when they’re all clicking, this is a team that can go somewhere it hasn’t been since Destiny's Child “Bootylicious” was on the charts.

The Toronto Raptors are playing incredible basketball, but we’ve seen this movie before. And while they’re being led by an NBA champion, I have to see it to believe it come playoff time. I don’t think it would shock anybody if the Raptors choked again. The Milwaukee Bucks look drastically improved under a new coach, but I’m not all that confident in Khris Middleton being the second-best player on an NBA Finals team. The Boston Celtics are struggling offensively, and games against the 76ers have been competitive the last couple of years. The 76ers don’t fear the Celtics, despite often being on the wrong side of their meetings. I’m not betting on any of those teams at lesser odds.

Are the 76ers perfect after this trade? No. But they’re in the mix in a wide open conference and have three players who can go toe-to-toe with any other starting five.

I’ll take the 76ers to win the East at +750 odds. It certainly beats the prices we’re getting with the other teams.