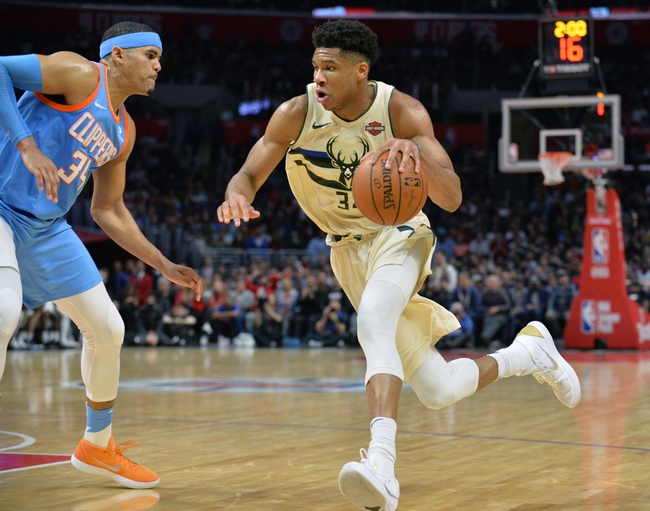 The Los Angeles Clippers play host to the Milwaukee Bucks at the STAPLES Center on Saturday.

The Milwaukee Bucks have been on fire to start the season as they’ve won nine of their first 11 games and they will be looking to stay hot after taking down the Warriors in a 134-111 road win on Thursday. Eric Bledsoe led the team in scoring with 26 points on 10 of 12 shooting, Giannis Antetokounmpo added 24 points, Malcolm Brogdon scored 20 points while Khris Middleton chipped in with 17 points and six assists. As a team, the Bucks shot 51 percent from the field and nine of 35 from the three-point line but where they dominated was in the paint where they outscored the Warriors by an astounding 84-34 while outrebounding them by 59-46.

Meanwhile, the Los Angeles Clippers have been hot and cold to start the season as they’ve won six of their first 11 games but they will be looking to bounce back after having their two-game win streak snapped by the Trailblazers in a 116-105 road loss on Thursday. Danilo Gallinari and Lou Williams led the team in scoring with 20 points each, Shai Gilgeous-Alexander and Montrezl Harrell each scored 19 points while Tobias Harris chipped in with 15 points. As a team, the Clippers shot 46 percent from the field and eight of 23 from the three-point line in a game that was tight until the fourth quarter when the Trailblazers second unit swung the momentum of the game.

The Clippers have been flying under the radar a bit as they’ve lost three of their last five games but they’re riding a four-game home win streak so they will be quietly confident of an upset here. However, the Bucks have been in great form and they must be feeling pretty good about themselves after taking down the defending champs in their best win of the season, so while I’m weary of a letdown performance, I’m sticking with the Bucks to stay hot with a win and cover in this one.