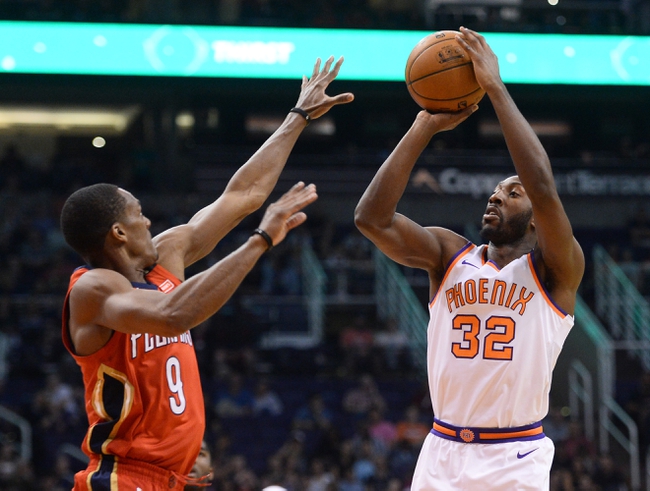 The Phoenix Suns and the New Orleans Pelicans do battle at the Smoothie King Center on Saturday night.

The Phoenix Suns could really do with a win as they’ve lost nine of their first 11 games of the season and are coming into this one fresh off a 116-109 overtime loss to the Celtics in which they blew a 22-point lead. Devin Booker led the team in scoring with 38 points and nine assists, TJ Warren added 29 points while DeAndre Ayton chipped in with 14 points and 10 rebounds. As a team, the Suns shot 44 percent from the field and 11 of 35 from the three-point line but they just couldn’t get stops when they really needed them. Defensively, the Suns held the Celtics to just 40 percent shooting which was great but what killed them was getting outrebounded of the offensive glass by 17-4.

Meanwhile, the New Orleans Pelicans will be breathing a little sigh of relief after putting a halt to a six-game skid with a 107-98 home win on Wednesday. Anthony Davis led the team with 32 points, 15 rebounds and seven assists, Jrue Holiday racked up 17 points with 10 rebounds and nine assists while Julius Randle chipped in with 12 points and five assists off the bench. As a team, the Pelicans shot just 44 percent from the field and 11 of 30 from the three-point line but the win was never in doubt after they made a run late in the third quarter to lead by 18 points.

No team needs a win more than the Suns right now as they will be kicking themselves after blowing that 22-point lead against the Celtics on Thursday, but they’re up against a Pelicans team who may have regained their form after going through that tough six-game skid. The Suns will be glad to be away from their home fans after their performance in their last outing, but I don’t think they will find any relief as the Pelicans are 11-2 ATS in their last 13 games against a team with a losing record and a perfect 4-0 ATS in the last four meetings. The Pelicans have won four of their five home games this season and I think they get another in this one.