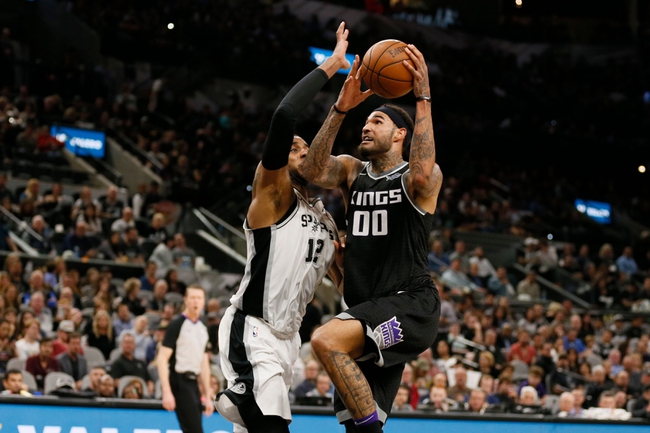 The San Antonio Spurs pay a visit to the Sacramento Kings at the Golden 1 Center on Monday night.

The San Antonio Spurs have been flying under the radar with seven wins in their first 11 games and they will be looking to build on Saturday’s 96-89 home win over the Rockets. LaMarcus Aldridge led the team with 27 points and 10 rebounds, Derrick White added 14 points with eight assists while DeMar DeRozan and Bryn Forbes each scored 13 points. As a team, the Spurs shot 44 percent from the field and 10 of 20 from the three-point line but the credit goes to their defensive effort as they held the talented Rockets to just 33 percent shooting from the field and nine of 41 from the three-point line. In particular, the Spurs did a great job of holding the All-Star backcourt duo of Chris Paul and James Harden to a combined 11 of 40 shooting from the field which really kept the Rockets at bay the entire game.

Meanwhile, the Sacramento Kings started the season hot with six wins in their first nine games, but have since cooled off with three losses in their last four games and they will be hoping to bounce back after falling to the Lakers in a 101-86 home loss on Saturday. De’Aaron Fox led the team with 21 points on eight of 17 shooting, Marvin Bagley III added 13 points off the bench while Willie Cauley-Stein and Buddy Hield each scored 12 points but no other player finished in double figures as the Kings shot just 34 percent from the field and six of 25 from the three-point line as a team. Defensively, the Kings held the Lakers to just 41 percent shooting but they allowed the Lakers to grab a season-high 17 offensive rebounds.

The Spurs haven’t been at their absolute best lately but they’re quietly stringing together the wins and will be looking to stay hot against the Kings who they’ve beaten in each of the last 14 meetings. However, the Kings are certainly a much improved team at this early stage of the season and the Spurs are 3-11 ATS in their last 14 road games. I was looking to take the Kings with the points but the bookmakers see this one as a pretty even contest, so I’m sticking with the Spurs to make it 15 straight against the Kings with a win and cover here.