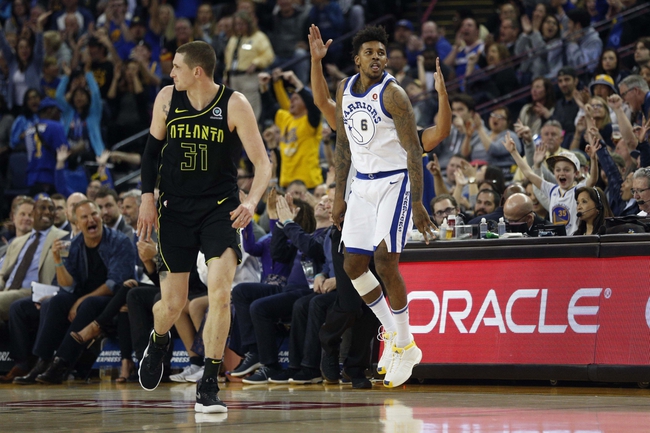 The Atlanta Hawks and Golden State Warriors meet Tuesday in NBA action at the Oracle Arena.

The Golden State Warriors will still be without Steph Curry, but there's more than enough on this roster to bury the Atlanta Hawks, even on the end of a back to back. The Hawks are one of the worst defensive teams in the league, and that's not something you want to hear when Klay, Durant and others are on the other side. The Warriors should also have a nasty taste in their mouth with the way last night ended against the Clippers. I look for Golden State to take out some frustration tonight.