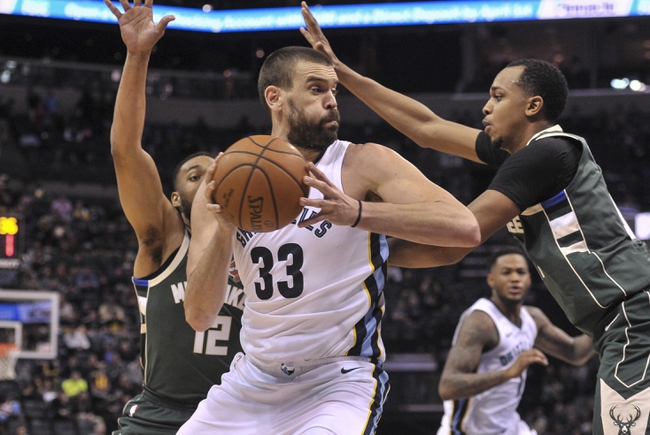 The Memphis Grizzlies and the Milwaukee Bucks duke it out at the Fiserv Forum on Wednesday night.

The Memphis Grizzlies started the season with five wins in their first seven games but they’ve recently cooled off with three losses in their last five games and they were aiming for a third straight win before falling to the Jazz in a 96-88 home loss on Monday. Mike Conley led the team with 24 points, Marc Gasol added 16 points while Jaren Jackson Jr. and MarShon Brooks each scored 10 points. As a team, the Grizzlies shot 41 percent from the field and a miserable four of 24 from the three-point line as they were outscored by 56-45 in the second half. This was the Grizzlies first home loss after five straight wins to start the season.

Meanwhile, the Milwaukee Bucks have been in great form to start the season as they’ve won 10 of their 13 games and will be looking to stay hot after beating the Nuggets in a 121-114 road win on Sunday. Brook Lopez led the team with a record-tying eight 3-pointers on his way to 28 points, Giannis Antetokounmpo added 22 points with eight assists, Khris Middleton added 21 points while Malcolm Brogdon chipped in with 20 points and five assists. As a team, the Bucks shot a healthy 57 percent from the field and 17 of 34 from the three-point line as they escaped with the narrow win after blowing an 11-point lead in the fourth quarter.

The Grizzlies have been a little inconsistent lately but a road win over the Bucks will do wonder for them at this stage of the season. However, the Bucks have been in great form lately and they’ve won all six of their home games this season. The Grizzlies are only 1-4 ATS in the last five meetings in Milwaukee and I think that trend continues as the Bucks have won each of their home games by double digits this season.