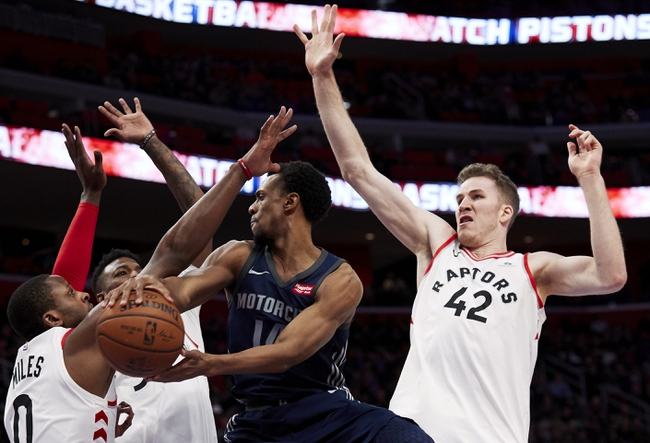 The Detroit Pistons and Toronto Raptors meet Wednesday in NBA action at the Scotiabank Arena.