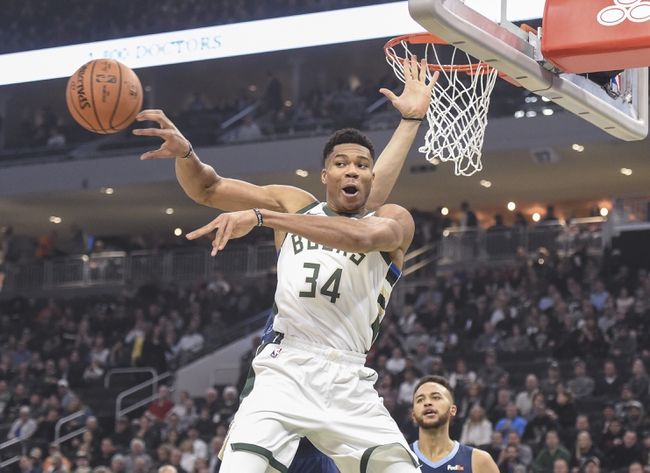 The Chicago Bulls pay a visit to the Milwaukee Bucks at the Fiserv Forum on Friday night.

The Chicago Bulls have been in poor form as they’ve lost 11 of their first 15 games of the season and they will be hoping to avoid a third straight defeat after getting blown out by the Celtics in a 111-82 road loss on Wednesday. Shaquille Harrison led the team with 16 points off the bench, Jabari Parker added 14 points while Wendell Carter Jr. chipped in with 11 points, but no other player scored more than 10 points as the Bulls shot 39 percent from the field and seven of 23 from the three-point line. Zach LaVine has been the lone bright spot for the Bulls as he is averaging 27.1 points per game but he finished with just 10 points as the Bulls were never in the game after getting outscored by 32-11 in the second quarter.

Meanwhile, the Milwaukee Bucks kicked off their season with seven straight wins but have since cooled off a bit with four losses in their last seven outings and they will be hoping to bounce back after falling to the Grizzlies in a 116-113 home loss on Wednesday. Giannis Antetokounmpo led the team with 31 points, nine rebounds and four assists on 10 of 14 shooting, Khris Middleton added 25 points while Eric Bledsoe chipped in with 15 points, six rebounds and seven assists. As a team, the Bucks shot 50 percent from the field and nine of 35 from the three-point line but they still couldn’t get over the line despite going on a 27-4 run to rally back from a 15-point deficit in the fourth quarter.

The Bulls will be eager to atone for their blowout loss to the Celtics in their last outing but now they've run into a red-hot Bucks looking to bounce back from their first home loss of the season. The Bulls are just 7-17 ATS in their last 24 road games while the Bucks are 6-1-1 ATS in their last eight home games. The spread is quite hefty for this matchup but the Bucks usually win big when they win at home so I'm backing them to finish on top by double-digits here.