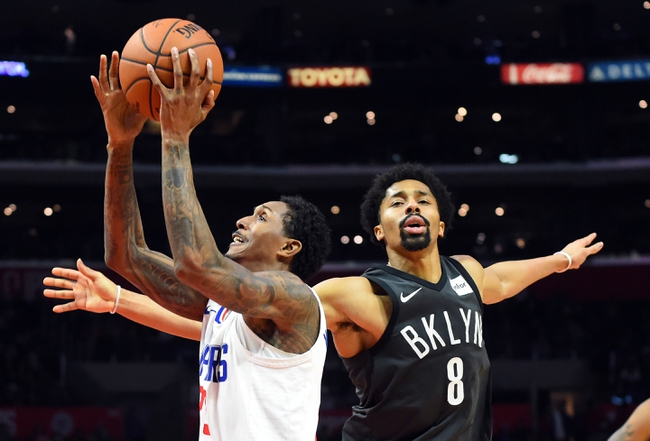 The Brooklyn Nets play host to the Los Angeles Clippers at the Barclays Center on Saturday night.

The Los Angeles Clippers have been in fine form as they’ve won five of their last six games and they will be gunning for a fourth straight victory after beating the Spurs in a 116-111 home win on Thursday. Lou Williams led the team with 23 points off the bench, Danilo Gallinari added 19 points while Tobias Harris chipped in with 18 points, eight rebounds and five assists. As a team, the Clippers shot 47 percent from the field and eight of 23 from the three-point line as they outlasted the Spurs thanks to Williams who drained a clutch three with 40 seconds left in the fourth quarter. With the win, LA improved to 9-5 overall and 7-1 at home.

Meanwhile, the Brooklyn Nets have split their last 10 games and they will be looking to build on last night’s 115-104 road win over the Wizards. Spencer Dinwiddie led the team with 25 points and eight assists off the bench, D’Angelo Russell added 23 points with six assists while Jarrett Allen chipped in with 16 points and 12 rebounds. As a team, the Nets shot 42 percent from the field and nine of 33 from the three-point line as they cruised to victory after taking control of the game in the third quarter where they outscored the disjointed Wizards by 35-25. With the win, Brooklyn improved to 7-9 overall and 4-6 on the road.

The Nets were able to take advantage of the slumping Wizards and escape with their first win without Caris LeVert but it’s going to be tough to replicate that effort on the second night of a back to back set. The Clippers have quietly been one of the hottest teams in the league over the past couple of weeks but they’ve covered in just three of the last 13 meetings against the Nets and they’re even worse in Brooklyn. With that being said, I don’t think the Nets get the win here but I’ll take the points in what should be a close one.