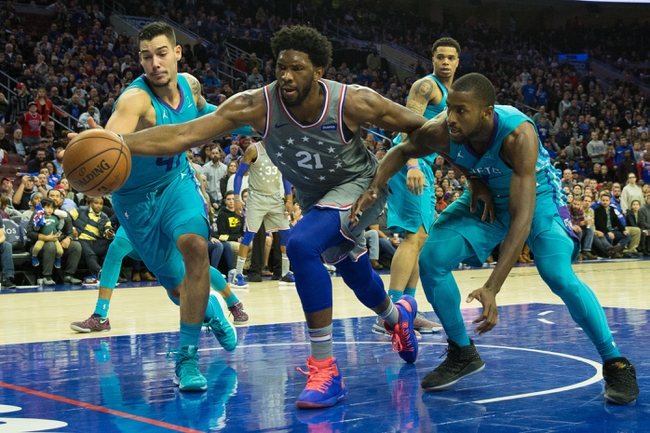 The Philadelphia 76ers and Charlotte Hornets meet Saturday in NBA action at the Spectrum Center.

Those who have followed me over the years know I've never been big on the Charlotte Hornets, and I'm not this year either despite their surprising start. The Philadelphia 76ers have issues of their own and are still trying to figure out how to use Jimmy Butler, and they're on the end of a back to back. However, we're still getting the better team and free points. I rarely turn that down. Not sure why the 76ers are underdogs. Give me the 76ers and the free bucket.