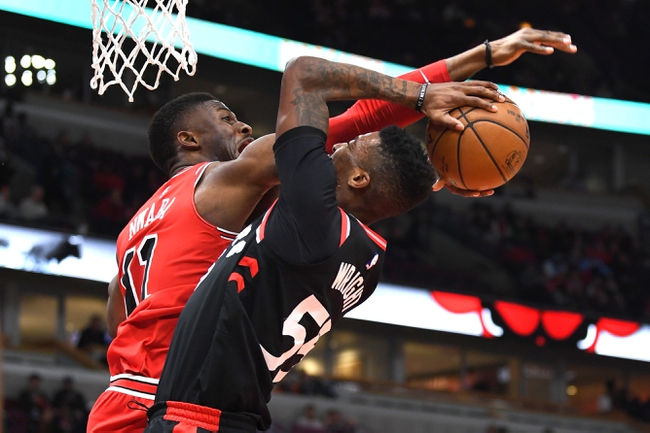 The Toronto Raptors and Chicago Bulls meet Saturday in NBA action at the United Center.

The Chicago Bulls are probably better than their record indcates, as they've kept a lot of their losses to single digits and have competed despite being undermaned and lacking top tier talent. The problem is the Toronto Raptors are an elite defensive team that needs a victory to kind of stop the bleeding and is more than capable of laying the wood to the Bulls. I don't want to take the points and be in a sweat job. The Raptors likely open this game up and cruise to a double-digit victory, as the Bulls don't have enough offensive players to test this Toronto defense.