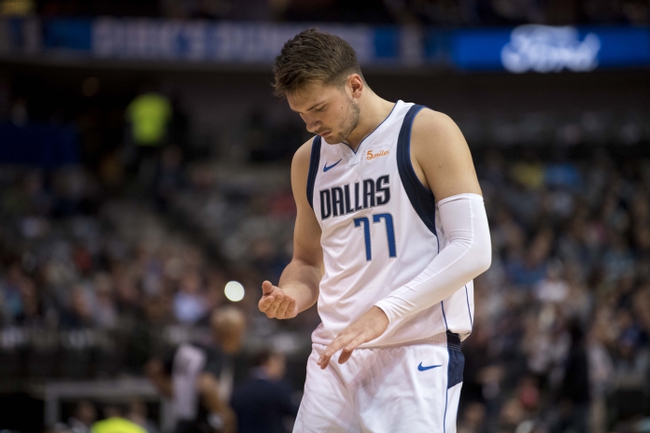 The Golden State Warriors pay a visit to the Dallas Mavericks at the American Airlines Center on Saturday night.

The Golden State Warriors are still sitting pretty with 12 wins in their first 16 games but they could really do with a win as they’ve now split their last six games following their 107-86 road loss to the Rockets on Thursday. Kevin Durant led the team with just 20 points, Kevin Looney added 12 points while Klay Thompson chipped in with 10 points on five of 16 shooting. As a team, the Warriors shot 42 percent from the field and a miserable four of 18 from the three-point line as they started slow with just 19 points in the first quarter, before getting blown out in the second half where they were outscored by 60-45. Draymond Green finished scoreless after 24 minutes of action but more than ever, in the face of all the internal dramas, the Warriors needed their leader in Stephen Curry who was once again sidelined with that groin injury.

Meanwhile, the Dallas Mavericks won just two of their first nine games but they will be aiming for a fourth straight win after taking down the Jazz in a 118-68 blowout on Wednesday. Harrison Barnes led the team with 19 points, JJ Barea added 14 points with five assists off the bench while Luka Doncic and Dwight Powell each scored 13 points. As a team, the Mavericks shot a sizzling 58 percent from the field 12 of 28 from the three-point line but credit this win to the Mavericks’ defense as they held the Jazz to just 30 percent shooting and a total of just 22 points in the second half.

You just get the feeling that the Warriors really need a win but they aren’t nearly as dangerous with Curry on the sidelines and opposing are taking advantage. I like the Warriors to come out with a better effort after getting embarrassed in their last game, but the Mavericks are coming off their best win of the season and they will be well-rested as they haven’t played since Wednesday. You just know the Mavericks had this game circled on their calendar and I think they take advantage of the Warriors while they’re shorthanded so I’m taking the points in this one.