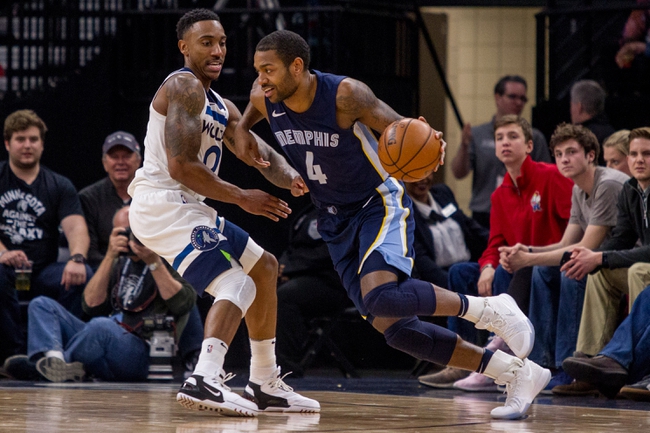 The Memphis Grizzlies pay a visit to the Minnesota Timberwolves at the Target Center on Sunday.

The Memphis Grizzlies have been in solid form with four wins in their last five outings and they will be gunning for a third straight win after beating the Kings in a 112-104 home win on Friday. Jaren Jackson Jr. led the team with a season-high 27 points on 11 of 16 shooting, Marc Gasol and Mike Conley each scored 19 points while Garett Temple chipped in with 14 points. As a team, the Grizzlies shot 50 percent from the field and 11 of 25 from the three-point line and they never looked in danger after the second quarter where they outscored the Kings by 33-23.

Meanwhile, the Minnesota Timberwolves have had their struggles this season but they will be aiming for a fourth straight win after beating the Trailblazers in a 112-96 home win on Friday. Andrew Wiggins led the team with 23 points and four assists, Derrick Rose added 17 points with six assists off the bench while Robert Covington and Karl-Anthony Towns each scored 14 points. As a team, the Timberwolves shot 50 percent from the field and 12 of 28 from the three-point line as they cruised to victory after dominating the first half by 55-43. The Timberwolves were at their best defensively as they held the Trailblazers to just 42 percent shooting thanks to their work on Damian Lillard who shot just five of 18 for his 16 points.

The Grizzlies have been playing solid and consistent basketball with Conley, Gasol and even Jackson Jr. making their contributions but the Timberwolves look like a rejuvenated team with the Jimmy Butler drama now behind them. The Timberwolves have won seven of their eight home games this season and are coming into this one fresh off a win over the in-form Traiblazers, but the Grizzlies been very underrated this season and I think they can pull off the upset or at least keep it close.