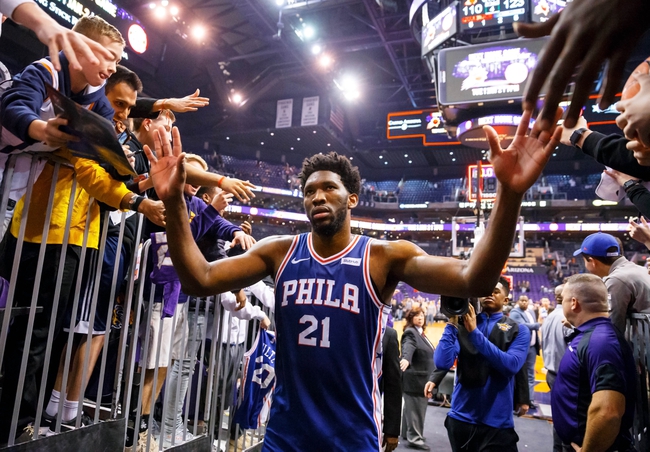 The Phoenix Suns and Philadelphia 76ers meet Monday in NBA action at the Wells Fargo Center.

The Phoenix Suns aren't exactly covering numbers this season, and they're big underdogs most nights when they take the court. The Philadelphia 76ers are slowly starting to come together with the addition of Jimmy Butler and have been covering machines at home dating back to last season. I don't enjoy laying double-digit chalk in the NBA, but the trends suggest the 76ers should win this game rather easily, so that's the direction I'll go.