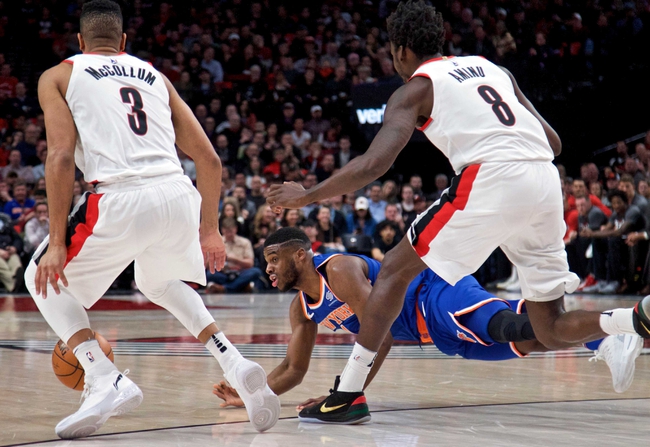 The New York Knicks are getting worse and worse by the week, as they're allowing 51.2 percent shooting and are being outscored by 17.2 points in their last five games. It's not going to get much better for the Knicks with the roster they're putting out nightly. The Portland Trail Blazers are outscoring teams by nearly seven points on the season and have been rather consistent when it comes to beating up on the teams they're supposed to put away easily. I just can't back the Knicks at all. I'll eat the chalk here.