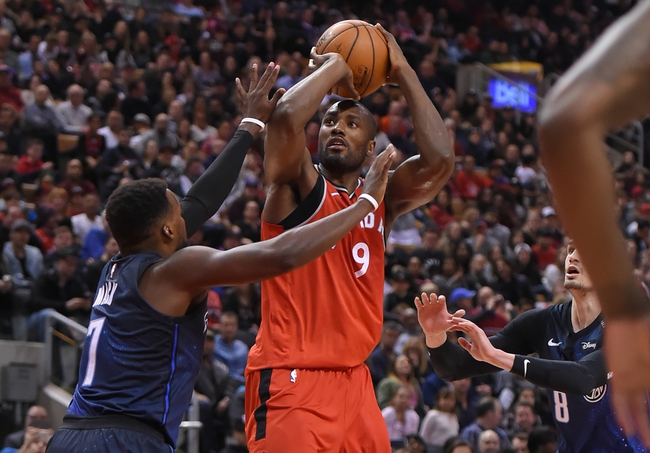 The Toronto Raptors pay a visit to the Orlando Magic at the Amway Center on Tuesday night.

The Toronto Raptors have been one of the best teams so far this season and they were able to arrest a three-game slide with a 122-83 win at Chicago on Saturday. Fred VanVleet led the team with 18 points in a rare start, Danny Green added 17 points while Serge Ibaka chipped in with 16 points. As a team, the Raptors shot 54 percent from the field and 14 of 35 from the three-point line as they effortlessly took down the Bulls without their leader in Kawhi Leonard. Kyle Lowry had just eight points on three of 11 shooting while no bench player scored more than 10 points, but the Raptors got a big spark from VanVleet who led the team in scoring and Green who finished a perfect seven for seven from the field.

Meanwhile, the Orlando Magic have been in great form with seven wins in their last nine games and they will be aiming for a fourth straight victory after beating the Knicks by 131-117 on Sunday. Aaron Gordon led the team with 31 points on 13 of 17 shooting, Nikola Vucevic added 28 points with 10 rebounds and nine assists while Evan Fournier chipped in with 19 points and six assists. As a team, the Magic shot a sizzling 57 percent from the field and 13 of 32 from the three-point line and they always looked in control after starting the game on a 28-10 run. With the win, Orlando improved to 9-8 overall and 6-5 at home.

The Raptors were in a bit of a rut with three losses on the trot but they were able to steady the ship with a massive win over the Bulls without their leading scorer in Leonard. The Magic are on a nice winning streak with wins over the 76ers and the Lakers and they’ve covered in each of their last four home games, so I’m taking them with the points here even though I think the Raptors escape with the win.