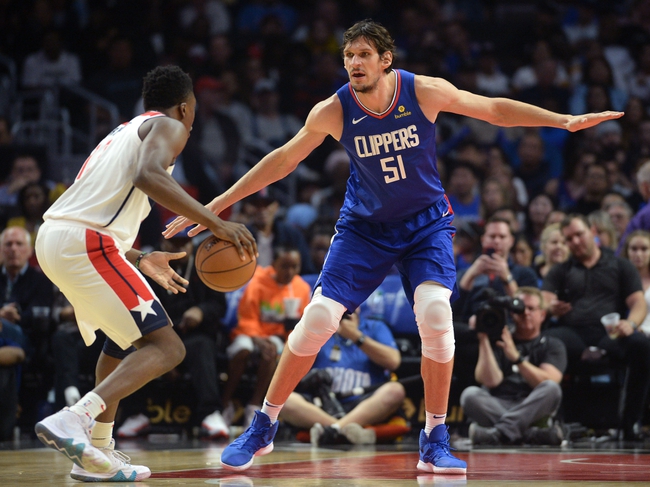 The Los Angeles Clippers and Washington Wizards meet Tuesday in NBA action at the Capital One Arena.

I honestly have zero idea why the Washington Wizards are favorites, even if they're slight favorites. The Los Angeles Clippers are playing really good basketball at both ends of the floor and have done a solid job of beating the teams they're supposed to beat if they're going to make a run for a playoff spot. The Washington Wizards are an absolute mess, are dropping games left and right due to brutal defense and now there's reports that everybody on the roster is available for a trade. The Wizards are fade material until further notice. I'll gladly take the Clippers and my free point.