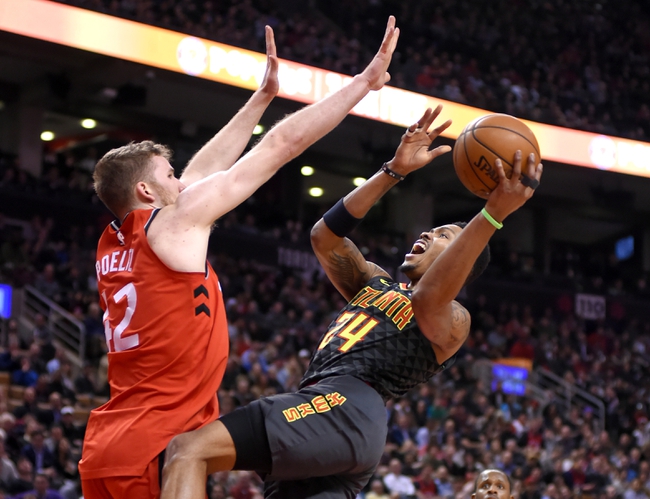 The Toronto Raptors and Atlanta Hawks meet Wednesday in NBA action at the Philips Arena.

The Atlanta Hawks aren't much of a threat to anybody right now, as they're shooting just 40.7 percent from the field and are being outscored by 13.8 points in their last five games. The Toronto Raptors are on the end of a back to back, but they've been pretty much the same team all year long and have provided value in spots like this against the number. Fading the Hawks has become rather easy these days.