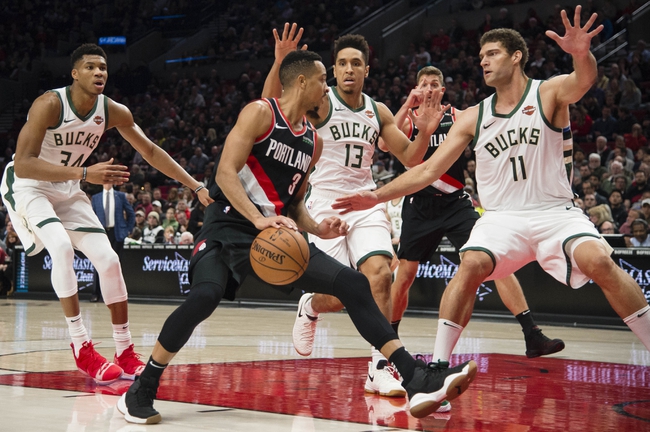 The Portland Trail Blazers and Milwaukee Bucks meet Wednesday in NBA action at the Fiserv Forum.

The Milwaukee Bucks are back to playing great basketball and have been on fire at home where they're outscoring teams by 15.2 points. The Bucks also have the rested advantage with the Portland Trail Blazers on the end of a back to back. However, the Trail Blazers are playing too well for me to turn down six free points. The Portland Trail Blazers are arguably a top four team in the West, playing really well and just beat the Bucks by 15 points two weeks ago. Yes, playing in Milwaukee has been a buzzsaw for opposing teams, but I see value in getting another good team and free buckets.