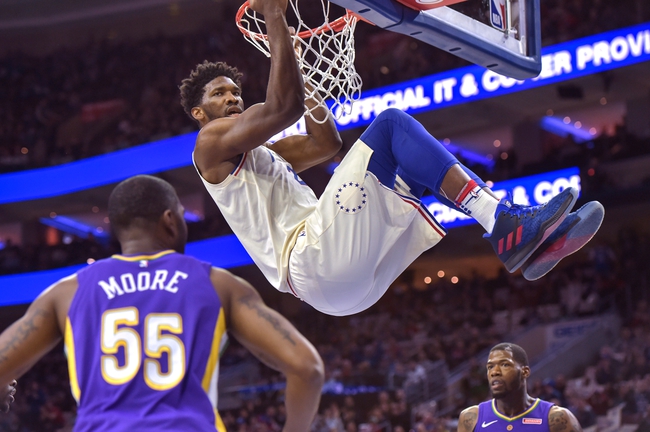 The Philadelphia 76ers play host to the New Orleans Pelicans at the Wells Fargo Center on Wednesday night.

The New Orleans Pelicans have been in great form lately as they’ve won six of their last seven games and they will be gunning for a fourth straight victory after blowing past the Spurs in a 140-126 home win on Monday. Anthony Davis led the team with 29 points on 13 of 22 shooting, E’Twaun Moore added 24 points, Jrue Holiday chipped in with 21 points and nine assists while Julius Randle racked up a triple-double of 21 points with 14 rebounds and 10 assists. As a team, the Pelicans shot a healthy 57 percent from the field and 10 of 26 from the 3-point line as they fell behind by 10 points early before dominating the second and third quarters where they outscored the Spurs by 78-58.

Meanwhile, the Philadelphia 76ers have been heating up as well as they’ve won six of their last eight games and they will be aiming for a fourth straight victory after sneaking past the Suns in a 119-114 home win on Monday. Joel Embiid led the team with 33 points and 17 rebounds, Ben Simmons added 19 points with 11 rebounds and nine assists while JJ Redick and Jimmy Butler added 17 and 16 points respectively. As a team, the 76ers shot 48 percent from the field and just six of 22 from the 3-point line as they led by as many as 12 points early in the fourth quarter before the Suns rallied late.

The Pelicans have really been on a nice streak lately and they will be feeling good after dropping 140 points against the Spurs on Monday, but the 76ers have also been in strong form lately and they’re still a perfect 9-0 at home. This could go either way, but the 76ers are 25-11 ATS in their last 36 home games and I think they stay undefeated at home with a narrow win and cover in this one.