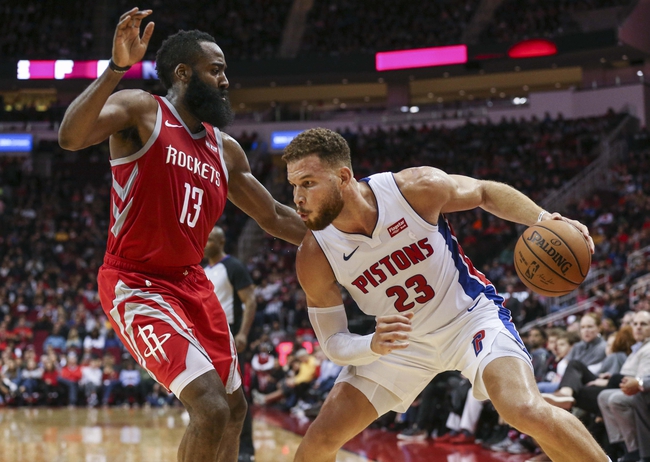 The Houston Rockets and Detroit Pistons meet Friday in NBA action at the Little Caesars Arena.

The Houston Rockets are starting to look like the old Houston Rockets, a team that's shooting 50.6 percent from the field and outscoring teams by 13 points during this five-game winning streak. The Detroit Pistons are being outscored by almost two points at home this season overall and have had issues stopping the other team from scoring. Assuming the Rockets are going to keep this hot streak going, they should be able to cover the reasonable chalk on the road.