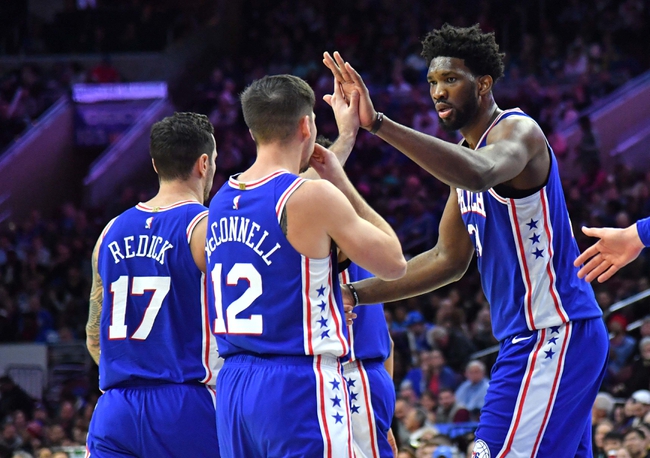 The Cleveland Cavaliers and the Philadelphia 76ers duke it out at the Wells Fargo Center on Friday night.

The Cleveland Cavaliers are still stuck on just two wins on the season and they will be hoping to avoid a fourth straight defeat after falling to the Lakers in a 109-105 home loss on Wednesday. Cedi Osman led the team in scoring with 21 points, Jordan Clarkson added 20 points while Tristan Thompson chipped in with 14 points and 15 rebounds. As a team, the Cavaliers shot just 38 percent from the field and 13 of 34 from the 3-point line but they committed just three turnovers while forcing the Lakers into 15 turnovers to lead for most of the game until the fourth quarter where the Lakers finished with a flourish thanks largely to LeBron James. Collin Sexton shot just five of 17 for 12 points while Clarkson shot just six of 18 for his 20.

Meanwhile, the Philadelphia 76ers have won seven of their last nine games and they will be aiming for a fifth straight victory after sneaking past the Pelicans in a 121-120 home win on Wednesday. Joel Embiid led the team with 31 points and 19 rebounds, Ben Simmons added 22 points with eight rebounds and seven assists while Landry Shamet drained four 3-pointers on his way to 15 points off the bench. As a team, the 76ers shot 44 percent from the field and 10 of 29 from the 3-point line as they dominated for most of the game to lead by as many as 16 points early in the fourth quarter before the Pelicans pulled to within one. With the win, Philadelphia remain undefeated at home and improve to 13-7 on the season.

The Cavaliers put together one of their best performances of the season in their loss to the Lakers but they were obviously motivated by LeBron returning to Cleveland as a Laker. The 76ers are starting to heat up with seven wins in their last nine games, they've won all 10 of their home games so far and they’ve covered in 10 of the last 13 home meetings against the Cavaliers so I’m banking on that trend to continue here.