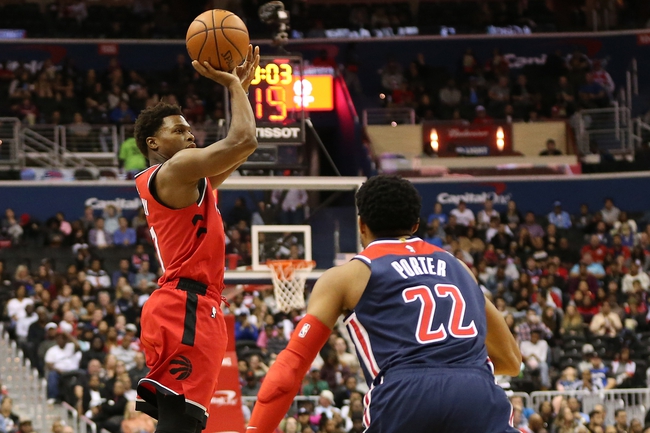 The Washington Wizards pay a visit to the Toronto Raptors at the Scotiabank Arena on Friday night.

The Washington Wizards have endured a rough start to the season, but they’ve won four of their last six games and will be looking to build on Tuesday’s 125-118 home win over the Clippers. John Wall led the team with 30 points and eight assists, Bradley Beal added 27 points with seven assists, Jeff Green added 20 points while Otto Porter Jr. chipped in with 11 points and 14 rebounds. As a team, the Wizards shot just 43 percent from the field and 13 of 39 from the 3-point line as they dominated the second half and outscored the Clippers by 71-45 to run away with the game after trailing by as many as 24 points in the second quarter. With the much-needed win, Washington improved to 6-11 overall and 4-5 at home.

Meanwhile, the Toronto Raptors have won nine of their last 12 games and they will be gunning for a fourth straight victory after blowing past the Hawks in a 124-108 road win on Wednesday. Jonas Valanciunas led team in scoring with 24 points, Pascal Siakam added 22 points on nine of 13 shooting, Kyle Lowry racked up a triple-double of 21 points with 12 rebounds and 17 assists while Serge Ibaka chipped in with 19 points. As a team, the Raptors shot 53 percent from the field and 11 of 29 from the 3-point line as they easily took apart the lowly Hawks despite playing on the second night of a back to back set and without their best player in Kawhi Leonard who was rested for the game. With the win, Toronto improved to 15-4 overall and 8-2 on the road.

The Wizards have been one of the most disappointing teams so far this season, but they will be looking to turn things around after putting their best performance in Tuesday’s comeback win over the Clippers. The Raptors have been the benchmark in the Eastern Conference from opening night, they’ve covered in each of the last four meetings in Toronto and they will be fully loaded with Leonard back in the starting lineup. The Wizards are just 5-16 ATS in their last 21 road games and I think that trend continues as the Raptors stay hot with a big win here.