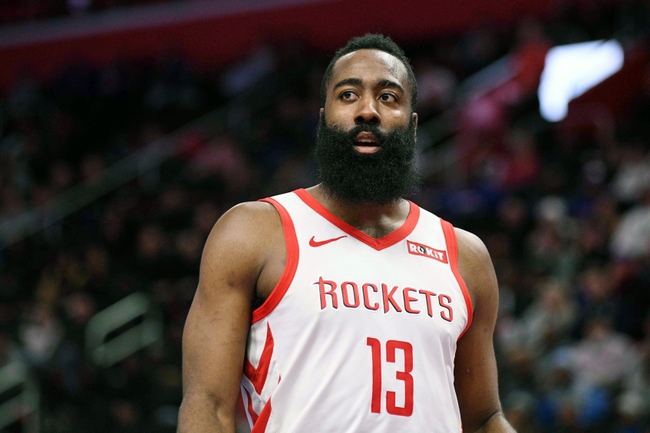 The Houston Rockets pay a visit to the Cleveland Cavaliers at the Quicken Loans Arena on Saturday night.

The Houston Rockets have been in solid form with eight wins in their last 11 games but they will be looking to bounce back after having their five-game win streak snapped by the Pistons in last night’s 116-111 overtime loss at Detroit. James Harden led the team with 33 points and eight assists, Clint Capela added 29 points with 21 rebounds and three blocks while Chris Paul chipped in with 20 points and nine assists. As a team, the Rockets shot 41 percent from the field and 10 of 36 from the 3-point line but when the game went into overtime, they couldn’t get any production from Harden who was held scoreless in the extra period. With the loss, Houston dropped to 9-8 overall and 5-4 on the road.

Meanwhile, the Cleveland Cavaliers have lost 14 of their first 17 games of the season but they will be looking to build on last night’s 121-112 road win over the 76ers. Rodney Hood led the team with 25 points, Collin Sexton added 23 points, Cedi Osman scored 20 points while Jordan Clarkson chipped in with 19 points off the bench. As a team, the Cavaliers shot 52 percent from the field and 11 of 22 from the 3-point line as they ran away from the 76ers late in the game thanks largely to Clarkson who scored 14 of his 19 points in the Cavaliers’ 37-point fourth quarter. With their first road win of the season, Cleveland improved to 3-14 overall and 1-8 on the road.

The Cavaliers have endured a rough start to the season but they have played well in their last two games resulting in a narrow loss to the Lakers followed by last night’s impressive road win at Philadelphia. The Rockets have had to deal with their own struggles at this early stage of the season but they’re starting to come together now and will be eager to get back on the court after last night’s painful overtime loss. It’s hard to know what you’re going to get from the Cavaliers these days, but they’re coming off their best win of the season and so an upset isn’t out of the cards. I have the Rockets winning this game despite last night’s overtime game, but I think the Cavaliers will keep it close enough to earn the cover.