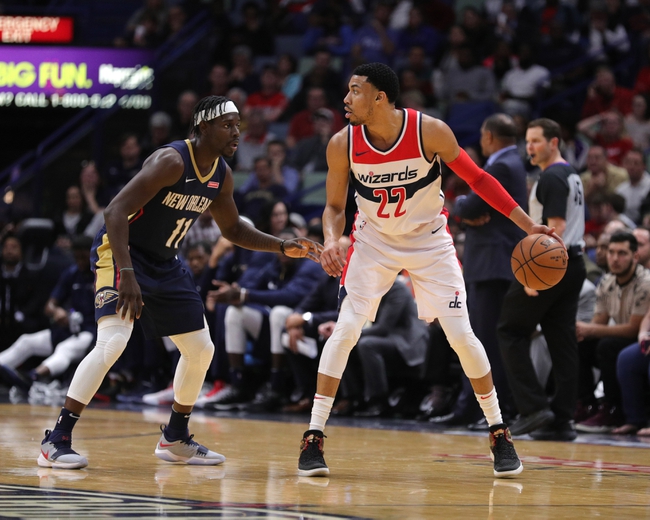 The Washington Wizards play host to the New Orleans Pelicans at the Capital One Arena on Saturday night.

The New Orleans Pelicans have won six of their last nine games but they will be hoping to avoid a third straight defeat after falling to the Knicks in last night’s 114-109 loss at New York. Anthony Davis led the team with 33 points, 12 rebounds and four assists, Jrue Holiday added 22 points with eight assists while Nikola Mirotic chipped in with 19 points and nine rebounds. As a team, the Pelicans shot just 39 percent from the field and seven of 28 from the 3-point line as they led by as many as nine points midway through the fourth quarter before the Knicks closed the game on a 22-8 run to pull away late. Defensively, the Pelicans just had no answer for the Knicks’ Allonzo Trier and Emmanuel Mudiay who both finished with season highs in scoring.

Meanwhile, the Washington Wizards could really do with a win after losing three of their last four games and they will be looking to bounce back after getting blown out by Raptors in last night’s 125-107 road loss. Bradley Beal led the team in scoring with 20 points, Otto Porter Jr. added 17 points while Markieff Morris chipped in with 16 points off the bench but the Wizards needed more from John Wall who scored just 11 points with 11 assists. As a team, the Wizards shot 39 percent from the field and a miserable nine of 46 from the 3-point line as they wilted against the balanced scoring effort from the Raptors who drained a season-high 17 3-pointers. With the loss, Washington fell to 6-12 overall and 2-7 on the road.

Anthony Davis was receiving treatment after the game for an upper quad strain and is currently listed as day to day so it’s a big loss to the Pelicans if he isn’t available on Saturday. With that being sad, even if Davis doesn’t play, there’s no guarantee the Wizards can take advantage as they’ve been one of the biggest disappointments so far this season. The road team is 16-5 ATS in the last 21 meetings and I think that trend continues as the more reliable Pelicans bounce back with a road win here.