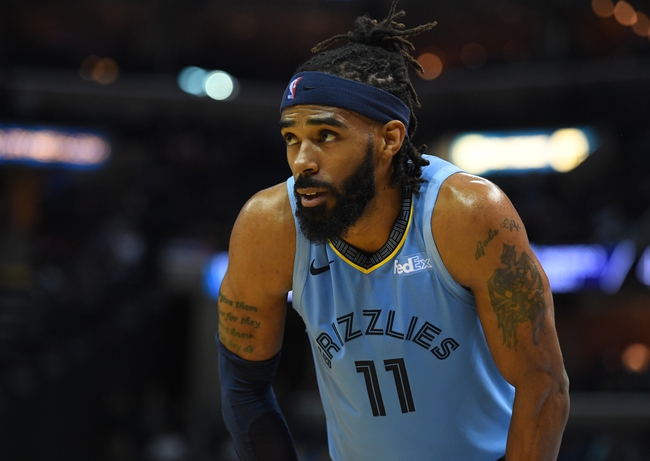 The New York Knicks pay a visit to the Memphis Grizzlies at the FedEx Forum on Sunday night.

The New York Knicks have lost eight of their last 11 games but they will be gunning for a third straight win after sneaking past the Pelicans in a 114-109 home win on Friday. Emmanuel Mudiay led the team with a season-high 27 points on 10 of 20 shooting, Allonzo Trier added a season-high 25 points off the bench while Enes Kanter chipped in with 17 points and 12 rebounds. As a team, the Knicks shot 44 percent from the field and 12 of 33 from the 3-point line as they hung around with the Pelicans until midway through the fourth quarter where they closed the game on a 22-8 run to escape with consecutive wins for the first time this season. With the win, New York improved to 6-14 overall and 3-6 at home.

Meanwhile, the Memphis Grizzlies have been in great form as they’ve won seven of their last nine games but they will be looking to bounce back after having their five-game win streak snapped by the Clippers in a 112-107 overtime loss on Friday. Marc Gasol led the team with 27 points, 13 rebounds and seven assists, Jaren Jackson Jr. added 20 points while Mike Conley steered the offense with 19 points and 11 assists. As a team, the Grizzlies shot 45 percent from the field and nine of 27 from the 3-point line but they just didn’t recover after allowing the Clippers to force overtime despite leading by eight points with 3:26 left in regulation. With the loss, Memphis dropped to 12-6 overall and 5-5 on the road.

The Knicks have been disappointing all season but it looks like they may be starting to turn things around with a couple of wins on the trot. The Grizzlies have been flying under the radar and they were actually sitting pretty atop the Western Conference standings before their painful overtime loss to the Clippers on Friday. The Knicks are 2-6 ATS in their last eight meetings between the teams and the Grizzlies are a dominant 10-1 ATS in their last 11 home games so I’m sticking with those trends and taking the Grizzlies to bounce back with a big win in this one.