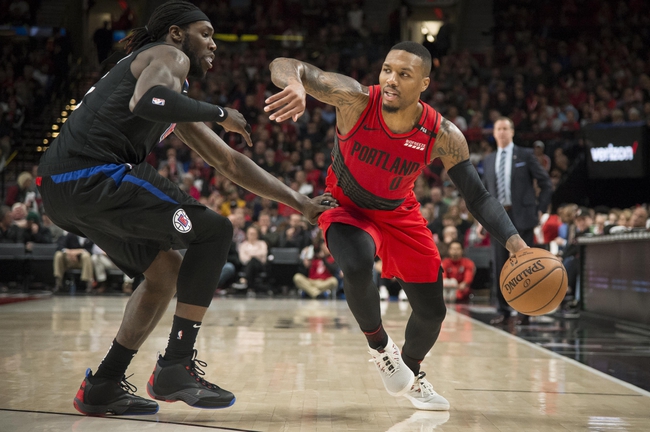 The Los Angeles Clippers and the Portland Trailblazers duke it out at the Moda Center on Sunday night.

The Los Angeles Clippers have been on a tear lately as they’ve won eight of their last 10 game and they will be looking to stay hot after taking down the Grizzlies in a 112-107 overtime win on Friday. Montrezl Harrell led the way with 22 points, 11 rebounds and three blocks off the bench, Danilo Gallinari added 20 points with nine rebounds while Lou Williams chipped in with 15 points and six assists. As a team, the Clippers shot just 42 percent from the field and eight of 23 from the 3-point line as they started out the game ice-cold, scoring just 16 points in the first quarter but they were able to hang around and win it in overtime after closing the fourth quarter on an 11-3 run. With the win, Los Angeles improved to 12-6 overall which is currently good for first place in the Western Conference standings.

Meanwhile, the Portland Trailblazers have been in a bit of a slump as they’ve won just two of their last six games and they will be hoping to avoid a third straight defeat after getting blown out by the shorthanded Warriors in a 125-97 road loss on Friday. Damian Lillard led the team with 23 points and eight assists but shot just nine of 24 from the field, Jusuf Nurkic added 22 points while CJ McCollum chipped in with 19 points and five assists. As a team, the Trailblazers shot just 40 percent from the field and nine of 24 from the 3-point line and there was just no coming back after they got outscored by 35-17 in the first quarter. On the defensive end, there was just no stopping the Warriors’ duo of Kevin Durant and Klay Thompson who combined for 63 points which is more concerning than usual because the Warriors were without two of their best players in Stephen Curry and Draymond Green.

The Clippers have been one of the surprise teams of the league so far as their currently sitting pretty atop the Western Conference standings and they will be full of confidence after rallying to beat the second-placed Grizzlies in their last outing. The Trailblazers enjoyed a hot start to the season but are now desperate for a win after losing their last two games by a combined 71 points. It’s tempting to take the Clippers with the points in this spot, but the Trailblazers are 4-0 ATS in the last four meetings and they have won seven of their nine home games this season, so I’m banking on Lillard and the Trailblazers to bounce back here in a close one.