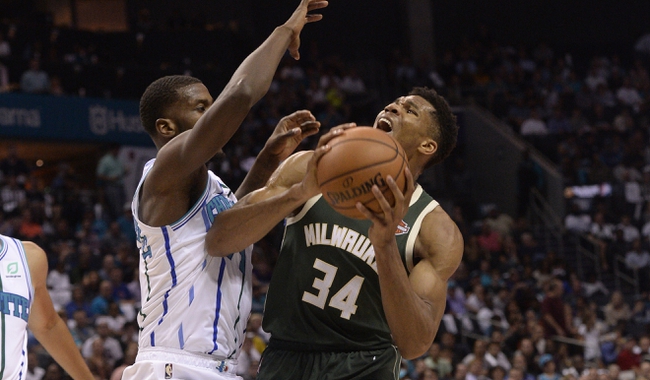 The Milwaukee Bucks and Charlotte Hornets meet Monday in NBA action at the Spectrum Center.

The Charlotte Hornets are coming off a brutal loss last night against the Atlanta Hawks, and playing on the end of a back to back against these physical Milwaukee Bucks doesn't help matters. The Bucks are outscoring teams by 14.4 points and shooting 50.9 percent from the field in their last five games. If the Bucks are going to keep playing this well offensively, the Hornets, who rely way too much on Kemba to bail them out, stand zero chance in this contest. I'll lay the reasonable number with the red hot Bucks.