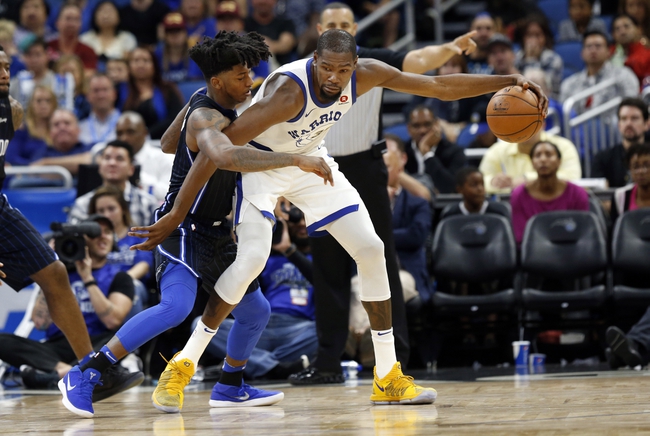 The Orlando Magic and Golden State Warriors meet Monday in NBA action at the Oracle Arena.

The Orlando Magic are coming off an impressive win over the Los Angeles Lakers in which they were big underdogs, but playing on the end of a back to back against these Warriors is an even tougher spot. While the Warriors are still without two of their better players, they're still outscoring teams by almost eight points at home this season and the offense shoots an unreal percentage across the board. The Warriors should get the job done here, even though they've been horrible ATS this season.