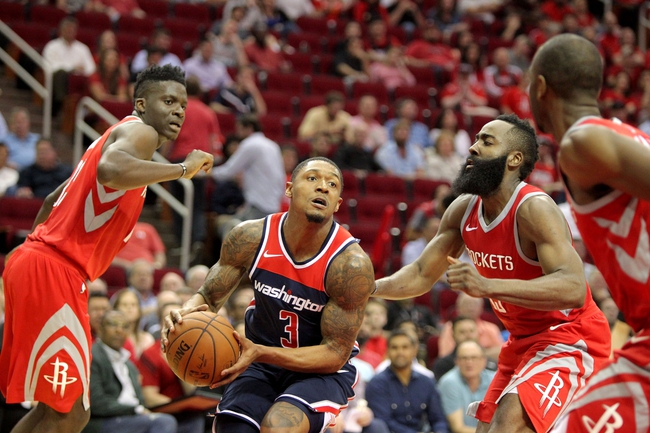 The Houston Rockets and Washington Wizards meet Monday in NBA action at the Capital One Arena.

The Houston Rockets continue to be this hit or miss team that isn't playing how we expected, but they're still outscoring teams by 5.8 points while shooting 48.3 percent from the field in their last five games. So, progress has been made recently. The Washington Wizards still aren't playing a lick of defense, especially at home where they're allowing nearly 113 points on 48.7 percent shooting. With the Rockets offensive firepower and when playing to their potential, they should roll easily in this game. Not to mention the Wizards play when they want to and often looks like a team that wants to be anywhere but there. I'll lay the small number with the Rockets.