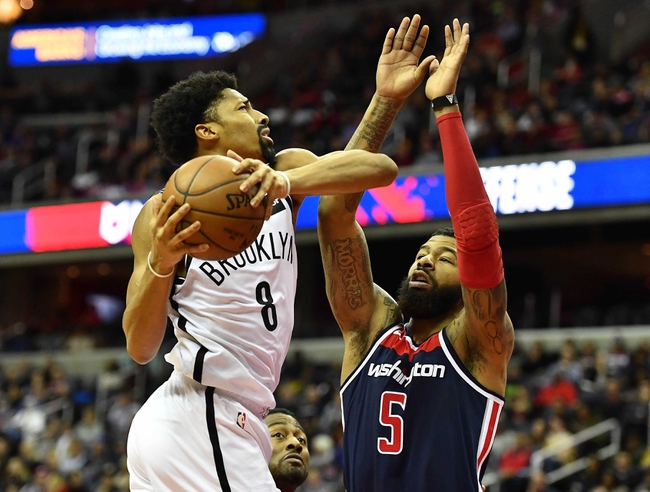 The Utah Jazz and the Brooklyn Nets duke it out at the Barclays Center on Wednesday night.

The Utah Jazz have been in a bit of a slump as they’ve lost six of their last eight games and they will be hoping to bounce back after getting romped by the Pacers in a 121-88 home loss on Monday. Derrick Favors led the team with 13 points, Rudy Gobert added 12 points while Joe Ingles chipped in with 10 points but no other player finished in double figures. As a team, the Jazz shot just 42 percent from the field and eight of 31 from the 3-point line while committing a total of 19 turnovers which led to 25 points for the Pacers. Defensively, the Jazz allowed the Pacers to shoot a sizzling 58 percent from the field, all without their leading scorer in Victor Oladipo. With the loss, Utah dropped to 9-12 overall and 2-6 at home.

Meanwhile, the Brooklyn Nets have lost seven of their last nine games and they will be hoping to snap a three-game skid after falling to the 76ers in a 127-125 home loss on Sunday. D’Angelo Russell led the team with 38 points, eight rebounds and eight assists, Spencer Dinwiddie added 31 points and five assists off the bench while Jarrett Allen chipped in with 17 points and 10 rebounds. As a team, the Nets shot a healthy 56 percent from the field and 10 of 25 from the 3-point line as they dominated most of the game to lead by as many as 17 points late in the third quarter before the 76ers rallied back and stole the game on a Jimmy Butler 3-pointer. With the tough loss, Brooklyn dropped to 8-13 overall and 3-6 at home.

The Jazz are coming into this one fresh off their biggest loss of the season so I expect them to come out focussed in this one, but they’ve been in a real funk lately so you can’t be too confident with them. The Nets have been in a slump themselves and will be kicking themselves after squandering a 17-point lead only to lose in the last second. This is a real coin flip situation, but the Jazz do hold the advantage in the betting trends as they’re 6-2 ATS in the last eight meetings so that’s what I’m going with in this one.