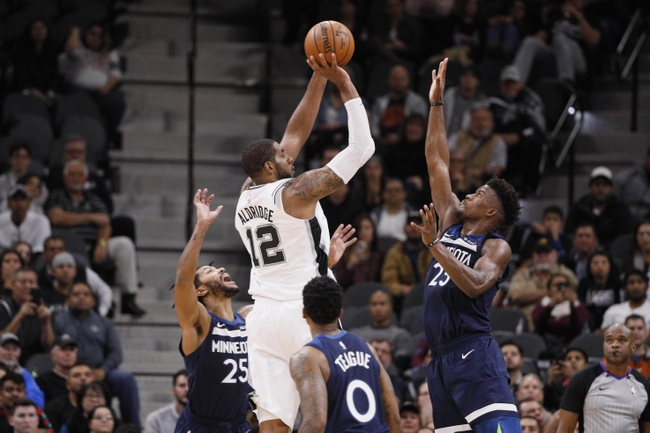 The San Antonio Spurs and Minnesota Timberwolves meet Wednesday in NBA action at the Target Center.

The San Antonio Spurs are always intriguing to me as an underdog, but this team isn't playing a lick of defense, as they're allowing 51.3 percent shooting in their last five games and 49.4 percent shooting on the road. The Spurs simply aren't good enough offensively to counter those issues, which is why the losses have been piling up. The Minnesota Timberwolves are playing some of their most consistent basketball as of late and are 4-2 ATS this season when favored by less than five points. The Spurs may have won nine of the last 10 meetings against the Timberwolves, but this feels like a spot where Minnesota ends the drought based on the Spurs defensive issues.