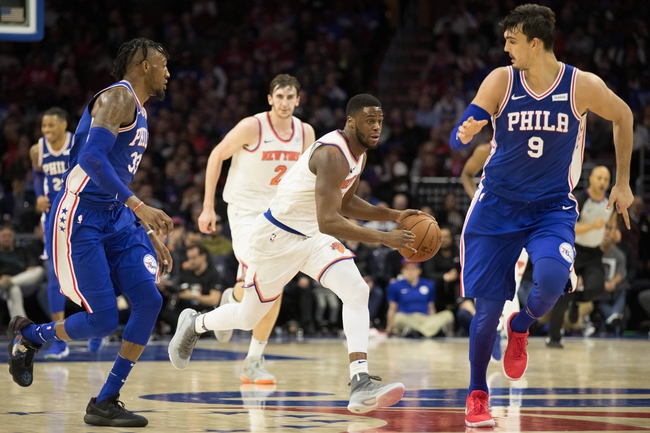 The New York Knicks are one of the worst teams in the league and on the end of a back to back, but none of that means you just throw out large numbers just because. The Philadelphia 76ers have an even point differential on the season and are only outscoring teams by 0.4 points in their last five games. It seems like every game the 76ers play comes down to the wire, and that includes a game a couple of days ago against the Brooklyn Nets, when they needed another Jimmy Butler last second shot. The 76ers are also just 3-5 ATS this season when favored by at least six points. I don't want to be on the Knicks as much as the next guy, but I'm not laying that sort of chalk with Philly right now.