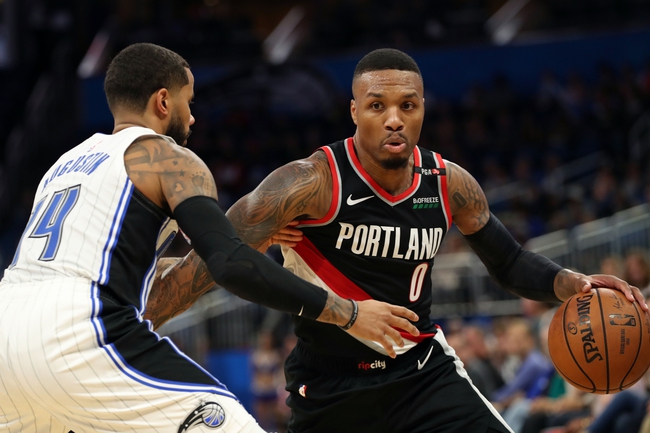 The Portland Trailblazers play host to the Orlando Magic at the Moda Center on NBA Wednesday.

The Orlando Magic have lost three of their last four games and they will be hoping to bounce back after falling to the Warriors in a heartbreaking 116-110 road loss on Monday. Nikola Vucevic led the team with 30 points, 12 rebounds and six assists, Terrence Ross added 28 points off the bench while Jonathan Isaac chipped in with 15 points. As a team, the Magic shot 44 percent from the field and 14 of 30 from the 3-point line as they outscored the Warriors by 39-21 in the second quarter to lead by as many as 18 points before the Warriors dominated the second half by 69-46 to run away with the game on the back of a season-high 49 points from Kevin Durant. With the loss, Orlando dropped to 10-11 overall and 4-5 on the road.

Meanwhile, the Portland Trailblazers have been in a slump lately as they’ve lost five of their last seven games and they will be hoping to avoid a fourth straight defeat after falling to the Clippers in a 104-100 home loss on Sunday. Damian Lillard led the team with 30 points, six rebounds and four assists, CJ McCollum added 18 points while Evan Turner chipped in with 17 points but no other player finished in double figures. As a team, the Trailblazers shot just 43 percent from the field and eight of 38 from the 3-point line as they were seemingly in control of the game as they took a 13-point lead going into halftime only to see the game flipped on its head when the Clippers outscored them by 38-16 in the third quarter. With the loss, Portland fell to 12-8 overall and 7-3 at home.

These two teams last met on Oct 25 and it was the Magic who won at home by 128-114 behind 24 points and 11 rebounds from Vucevic. The Magic have been in a bit of a rough patch lately and they’re coming into this one fresh off a loss to the Warriors in a game they should’ve won after leading by 18 points and you could say the same for the Trailblazers who blew their last game against the Clippers. I keep thinking the Trailblazers will turn things around but they’re just in a funk right now so I’m taking the Magic and the points in what should be a close contest.