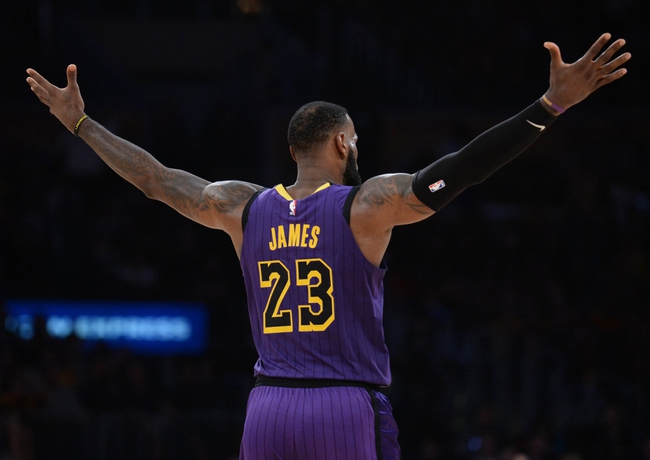 The Indiana Pacers travel to the STAPLES Center to take on the Los Angeles Lakers on Thursday night.

The Indiana Pacers have won five of their last seven games and they will be aiming for a third straight win after sneaking past the Suns in a 109-104 road win on Tuesday. Domantas Sabonis and Doug McDermott led the team in scoring with 21 points apiece, Myles Turner added 16 points with 13 rebounds and five blocks, while Bojan Bogdanovic chipped in with 15 points. As a team, the Pacers shot 42 percent from the field and 11 of 26 from the 3-point line but they found themselves in a battle with the lowly Suns until Bogdanovic drained the go-ahead three-pointer with 31 seconds to escape Phoenix with the narrow win. With the win, Indiana improved to 13-8 overall and 7-4 on the road.

Meanwhile, the Los Angeles Lakers were in a real groove with seven wins in eight games but they’ve since cooled off with a couple on losses and were blown off the court against the Nuggets in a 117-85 road loss on Tuesday. Kyle Kuzma led the team with 21 points, Brandon Ingram added 14 points while LeBron James shot just five of 15 to finish with just 14 points in one of the worst performances of his career. As a team, the Lakers shot 39 percent from the field and a miserable five of 35 from the 3-point line which wasn’t good enough to hang with the Nuggets who outscored them by 59-35. Lonzo Ball sprained his ankle against the Nuggets and is currently listed as questionable for Thursday.

Victor Oladipo is currently listed as doubtful for this game which is a big loss for the Pacers, but to their credit, they’ve continued to win games with players like Sabonis and Turner picking up the slack. The Lakers have cooled off in their last couple of games and they looked terrible in their 32-point loss to the Nuggets on Tuesday which doesn’t fill me with confidence. The Lakers could also be without Ball who is questionable an ankle sprain but in a close contest, I think LeBron and the Lakers bounce back with a much-needed win at home.