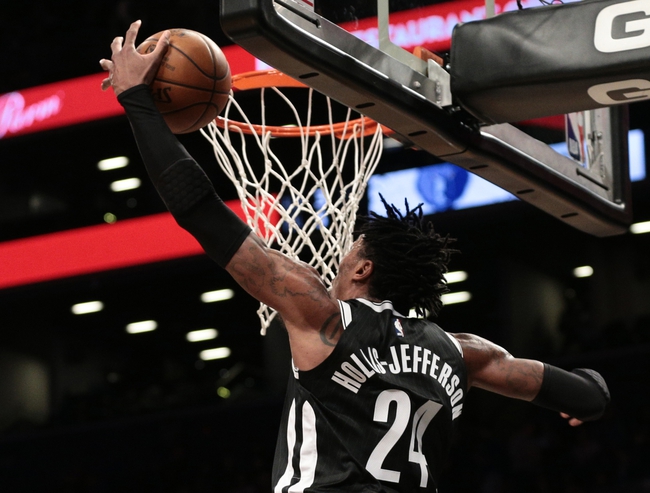 The Memphis Grizzlies and the Brooklyn Nets do battle at the Barclays Center on Friday night.

The Memphis Grizzlies have cooled off with three straight losses and they will be hoping to avoid a fourth straight defeat after falling to the Raptors in a 122-114 home loss on Tuesday. Marc Gasol led the team with 27 points and four assists, Mike Conley added 20 points with six assists while Kyle Anderson and JaMychal Green each scored 13 points. As a team, the Grizzlies shot 50 percent from the field and 10 of 29 from the 3-point line as they looked to be in full control after leading by as many as 17 points early in the third quarter before the Raptors flipped the script to outscore them by 63-38 the rest of the way. With the tough loss, Memphis falls to 12-8 overall and 7-3 at home.

Meanwhile, the Brooklyn Nets have won just two of their last 10 games and they will be hoping to put a halt to a four-game skid after falling to the Jazz in a 101-91 home loss on Wednesday. Spencer Dinwiddie led the team in scoring with 18 points off the bench while D’Angelo Russell, Jarrett Allen and Rondae Hollis-Jefferson each scored 14 points. As a team, the Nets shot just 34 percent from the field and 11 of 30 from the 3-point line as they outscored the Jazz by 36-27 in the third quarter to lead by as many as 10 points before they went ice-cold in the fourth quarter where they managed just 13 points. With the loss, Brooklyn dropped to 8-14 overall and 3-7 at home.

The Grizzlies haven’t been playing at their best and this will be the second game in as many nights which is always tough, but they’re 4-0 ATS in the last four meetings in Brooklyn and look like value against the struggling Nets who are just 3-7 at home so far. You could make an argument for either team here, but with the line basically at a pick’em, I’m taking the more reliable Grizzlies to turn things around with a narrow road win here.