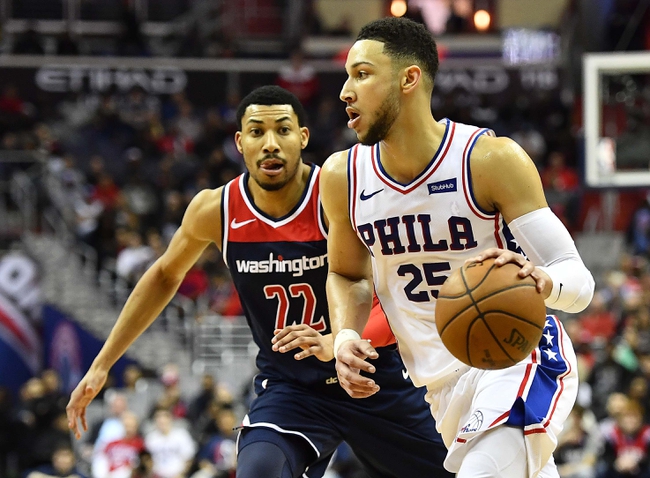 The Washington Wizards and the Philadelphia 76ers duke it out at Wells Fargo Center on Friday night.

The Washington Wizards look to have turned the corner with six wins in their last 10 games but they will be looking to bounce back after getting blown out by the Pelicans in a 125-104 road loss on Wednesday. Kelly Oubre Jr. and Markieff Morris led the team with 22 points each, John Wall added 17 points with seven assists, while Bradley Beal chipped in with 16 points and 11 assists. As a team, the Wizards shot just 43 percent from the field and 13 of 39 from the 3-point line but they were always fighting a losing battle after starting slow and getting outscored by 67-47 in the first half. With the loss, Washington dropped to 8-13 overall and 2-8 on the road.

Meanwhile, the Philadelphia 76ers have been in a groove with six wins in their last seven games and they will be aiming for a third straight win after blowing past the Knicks in a 117-91 home win on Wednesday. Joel Embiid led the team with 26 points, 14 rebounds and seven assists, JJ Redick added 24 points on 10 of 14 shooting while Ben Simmons chipped in with 14 points, eight rebounds and seven assists. As a team, the 76ers shot 54 percent from the field and 12 of 25 from the 3-point line as they cruised to victory after pouring 41 points in the first quarter to lead by 68-48 going into halftime. With the easy win, Philadelphia improved to 15-8 overall and 11-1 at home.

The Wizards are battling through a slow start and multiple trade rumors but they looked like they were starting to turn things around before they got blown off the court by the Pelicans on Wednesday. The 76ers haven’t been perfect themselves, but they’ve been on a tear lately and are tough to beat at home where they’ve won 11 of 12 games so far. The Wizards have won just two road games so far this season and I think that total stays there as the 76ers should be too good at home.