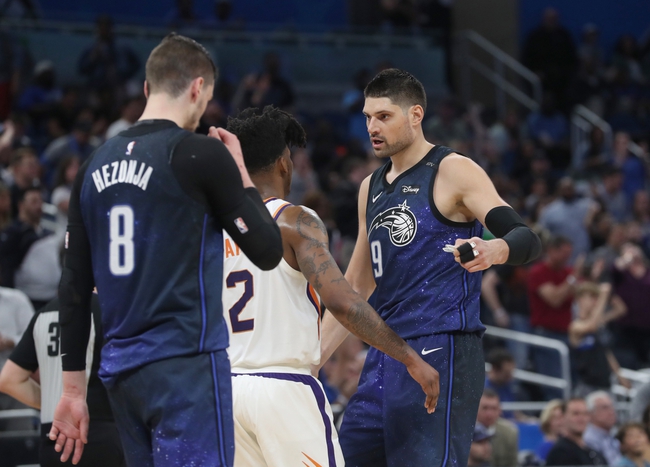 The Phoenix Suns play host to the Orlando Magic at the Talking Stick Resort Arena on Friday night.

The Orlando Magic have been in a bit of a slump with four losses in their last five outings and they will be aiming to avoid a third straight defeat after falling to the Trailblazers in a 115-112 road loss on Wednesday. Nikola Vucevic led the team with 20 points, eight rebounds and seven assists, Evan Fournier added 17 points with four assists while Jonathan Isaac chipped in with 16 points. As a team, the Magic shot 51 percent from the field and 14 of 30 from the 3-point line as they led by 10 points in early in the third quarter before the Trailblazers closed the quarter on a 28-8 run to flip the game on its head thanks to 10 3-pointers from Damian Lillard. With the loss, Orlando dropped to 10-12 overall and 4-6 on the road.

Meanwhile, the Phoenix Suns haven’t been able to buy a win these days as they’ve lost six of their last seven games and they will be hoping to avoid a fourth straight defeat after falling to the Clippers in a 115-99 road loss on Wednesday. Devin Booker led the team with 23 points and four assists, Elie Okobo added 19 points off the bench while TJ Warren and Josh Jackson each scored 15 points. As a team, the Suns shot 43 percent from the field and eight of 26 from the 3-point line as they hung with the Clippers in a tight contest until the third quarter where the Clippers outscored them by 40-25 to run away with it. With the loss, Phoenix dropped to 4-17 overall and 1-10 on the road.

The Suns have been outscored by 10.1 points per game this season and they’ve been a poor underdog to back as they’re just 1-6 ATS in their last seven games against a team with a losing record. The Magic haven’t been world beaters and they could again be shorthanded without Aaron Gordon who has missed the last two games with a back injury, but I still think the value is with the Magic who are 4-0 ATS in the last four meetings in Phoenix.