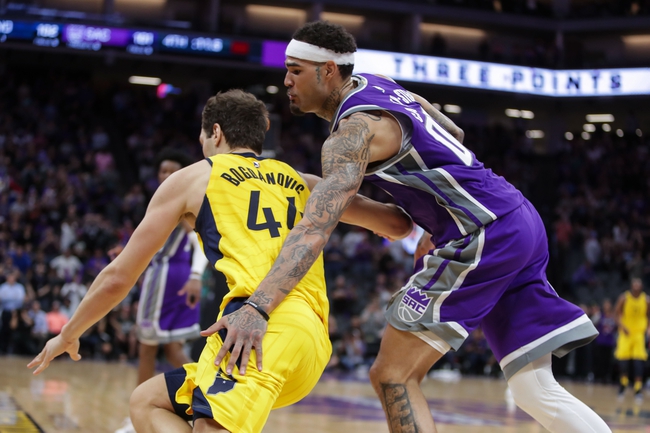 The Indiana Pacers and the Sacramento Kings collide at the Golden 1 Center on Saturday night.

The Indiana Pacers have won five of their last eight games but they will be looking to bounce back after falling to the Lakers in a 104-96 road loss on Thursday. Domantas Sabonis led the team with 20 points, 15 rebounds and three assists off the bench, Bojan Bogdanovic added 14 points while Thaddeus Young chipped in with 11 points. As a team, the Pacers shot just 37 percent from the field and 10 of 23 from the 3-point line as they rallied to cut a 22-point deficit to just one point only to fall short as LeBron James carried the Lakers with 38 points. With the loss, Indiana fell to 13-9 on the season and 7-5 on the road.

Meanwhile, the Sacramento Kings have been in a bit of a slump as they’ve won just two of their last seven games and they will be hoping to snap a three-game skid after falling to the Clippers in a 133-121 home loss on Thursday. Bogdan Bogdanovic led the team with a career-high 26 points off the bench, Marvin Bagley III added 18 points with 10 rebounds while Willie Cauley-Stein and De’Aaron Fox each scored 17 points. As a team, the Kings shot 47 percent from the field and seven of 24 from the 3-point line as they fought well to hang around until the fourth quarter where the Clippers ran away with it behind the play of Tobias Harris and Montrezl Harrell. With the loss, Sacramento fell to 10-11 overall and 5-5 at home.

Sabonis is questionable for Saturday due to a sore back which would be a big loss for the Pacers who are already doing it tough without their leader in Victor Oladipo. This would be a great spot for the Kings to steal a win but they’re not guarantee as they’ve been in a slump. You could make an argument for either team here, but this is a golden opportunity for the Kings to take one from the Pacers while they’re severely shorthanded.