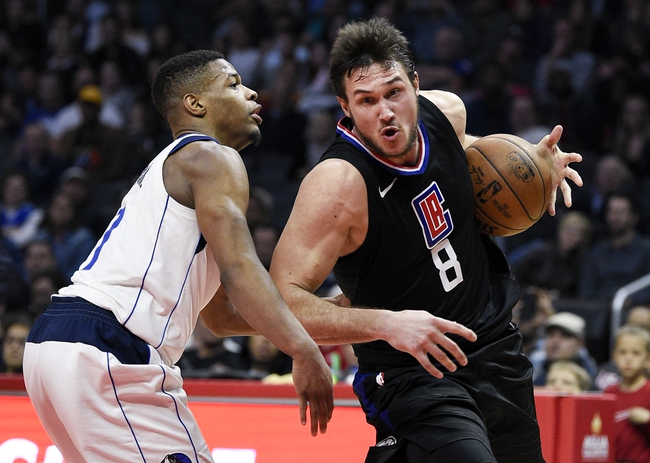 The Dallas Mavericks play host to the Los Angeles Clippers at the American Airlines Center on Sunday night.

The Los Angeles Clippers have been on a tear lately as they’ve won nine of their last 10 games and they will be gunning for a fifth straight victory after taking down the Kings in a 133-121 road win on Thursday. Tobias Harris led the team with 28 points and four assists, Montrezl Harrell provided the spark off the bench with 24 points on eight of 10 shooting while Shai Gilgeous-Alexander and Avery Bradley chipped in with 17 and 16 points respectively. As a team, the Clippers shot a healthy 55 percent from the field and 12 of 28 from the 3-point line as they jumped out to an early 18-point lead, but they really couldn’t put the Kings away until the fourth quarter. With the win, Los Angeles improved to 15-6 overall and 6-5 on the road.

Meanwhile, the Dallas Mavericks have been in great form themselves as they’ve won seven of their last nine games but they will be looking to bounce back after falling to the Lakers in a 114-103 road loss on Friday. Harrison Barnes led the team with 29 points on nine of 17 shooting, Dwight Powell added 17 points while Dennis Smith Jr. chipped in with 13 points. As a team, the Mavericks shot just 39 percent from the field and 10 of 39 from the 3-point line as they jumped out to an early 15-point lead, but they just had no answer for the Lakers in the second half where they were outscored by 61-45. Luka Doncic finished with just six points on two of 13 shooting while JJ Barea was ejected while sitting on the bench in the fourth quarter so it just wasn’t their night. With the loss, Dallas dropped back to .500 with an overall record of 10-10 on the season and 2-8 on the road.

The Mavericks were on a nice roll and they must’ve felt pretty good about themselves when they had that big lead against the Lakers, but now they will have to regroup after letting the win slip from their hands on Friday. The Clippers have been the surprise team of the entire league as they’re currently sitting pretty atop the Western Conference standings without a single All-Star on the roster. The Mavericks have won eight of their 10 home games this season but I just don’t want to step in front of the Clippers while they’re this hot. Give me LA to come away with the win and cover in this one.