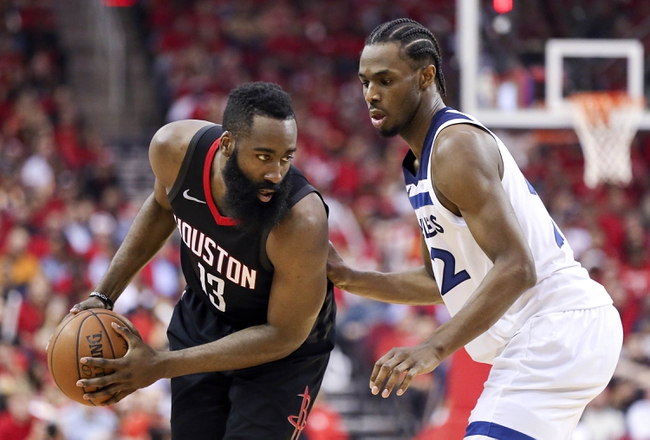 The Houston Rockets and the Minnesota Timberwolves duke it out at the Target Center on Monday night.

The Houston Rockets have been in decent form as they’ve won seven of their last 11 games and they will be aiming for a third straight victory after blowing past the lowly Bulls in a 121-105 home win on Saturday. James Harden drained six 3-pointers to lead the way with 30 points and seven assists, Clint Capela added 18 points with 15 rebounds while Chris Paul chipped in with 12 points and 13 assists. As a team, the Rockets shot 50 percent from the field and 16 of 41 from the 3-point line as they cruised to victory after taking a 19-point lead late in the first quarter. All five starters and a total of seven players finished in double figures in a balanced scoring effort for the Rockets. With the easy win, Houston improved to 11-11 overall and 5-5 at home.

Meanwhile, the Minnesota Timberwolves have been in pretty good form themselves as they’ve won seven of their last 10 games but they will be looking to bounce back after having their four-game win streak snapped by the Celtics in a 118-109 home loss on Saturday. Derrick Rose led the team with 26 points and four assists off the bench. Karl-Anthony Towns added 20 points while Robert Covington and Andrew Wiggins each scored 17 points. As a team, the Timberwolves shot 45 percent from the field and nine of 28 from the 3-point line but in a close contest, the Timberwolves just couldn’t get past Gordon Hayward who led the Celtics with 30 points and eight assists off the bench. With the loss, Minnesota dropped to 11-12 overall and 9-4 at home.

With Harden and Paul leading the way, the Rockets have really started to heat up lately as they seem to have recovered from their four-game skid with two blowout wins on the trot. The Timberwolves haven’t been too bad themselves as they’ve been a much improved team since they traded away Jimmy Butler, so this game really could go either way. It’s hard to split these two teams at the moment, but while the Timberwolves have won nine of 13 home games so far, the Rockets are 15-7 ATS in the last 22 meetings in Minnesota and I think that trend continues in this one as the Rockets should be too good once again.