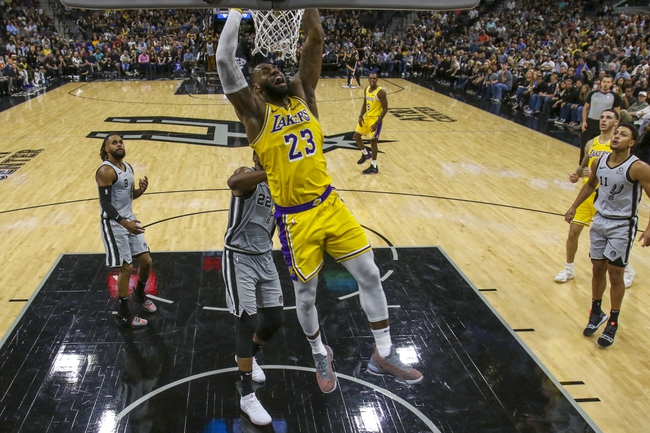 The San Antonio Spurs simply aren't playing good basketball right now, especially on the road, which includes getting blasted last night against the Utah Jazz. The Spurs have a lack of scoring depth and aren't getting many stops on the defensive end. The Los Angeles Lakers are finding ways to win games, but they're only outscoring teams by 1.4 points in their last five games and find themselves in many close games. With that said, backing the Spurs right now isn't an option. It's Lakers or pass for me.