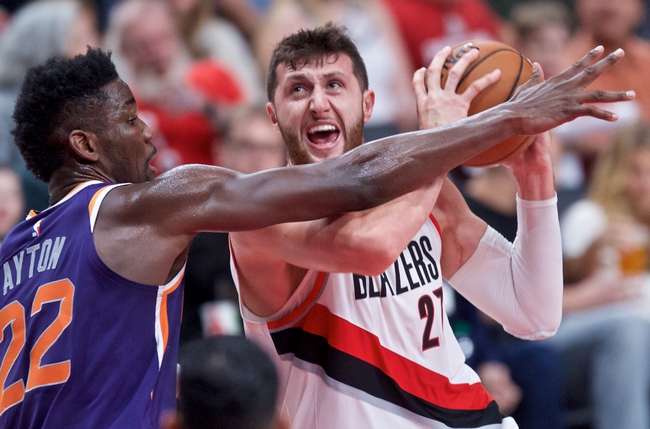 The Phoenix Suns pay a visit to the Moda Center to battle the Portland Trailblazers on Thursday night.

The Phoenix Suns have been in a real slump as they’ve lost nine of their last 10 games and they will be looking to snap a six-game skid after getting blown out by the Kings in a 122-105 home loss on Tuesday. Rookie De'Anthony Melton led the team in scoring with 21 points off the bench, Trevor Ariza and Josh Jackson each scored 14 points while DeAndre Ayton chipped in with 10 points. As a team, the Suns shot 43 percent from the field and 12 of 43 from the 3-point line, but this game was over before it really began as the shorthanded Suns were already dead in the water after getting outscored by 36-9 in the first quarter. With the loss, Phoenix fell to 4-20 on the season and 3-9 at home.

Meanwhile, the Portland Trailblazers haven’t been travelling much better as they’ve lost six of their last seven games and they will be hoping to put a halt to a three-game skid after falling at Dallas in a 111-102 road loss on Tuesday. Damian Lillard led the team with 33 points, eight rebounds and eight assists, CJ McCollum added 18 points with four assists while Evan Turner chipped in with 13 points and four assists off the bench. As a team, the Trailblazers shot 45 percent from the field and just seven of 24 from the 3-point line but they were always fighting an uphill battle after falling behind by double-digits in the first quarter. With the loss, Portland fell to 13-11 on the season and 5-7 on the road.

The Suns haven’t been able to buy a win lately and it’s no surprise given that they’ve been without their leading scorer in Devin Booker. The Trailblazers haven’t been much better but you just feel that they’re long overdue for a win, so I’ll be surprised if they don’t snap out of their funk with a win in this one, but they’re a shocking 1-10 ATS in their last 11 games overall. With that being said, as much as I don’t trust the Suns, I’m going to take the points and hope for a backdoor cover.