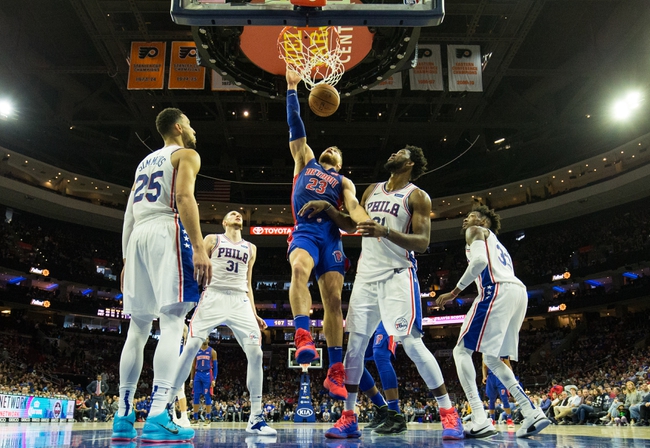 The Philadelphia 76ers and Detroit Pistons meet Friday in NBA action at the Little Caesars Arena.

The Philadelphia 76ers have had their struggles on the road this season, but they are outscoring teams by 10 points while shooting nearly 48 percent from the field in their last five games. The Detroit Pistons have had some offensive issues as of late, which includes just 28.8 percent shooting from deep in their last five games. That's not going to fly against a team as talented as the 76ers. The Philadelphia 76ers have also won five of the last six meetings against the Detroit Pistons. I'll lay the bucket with the road team.