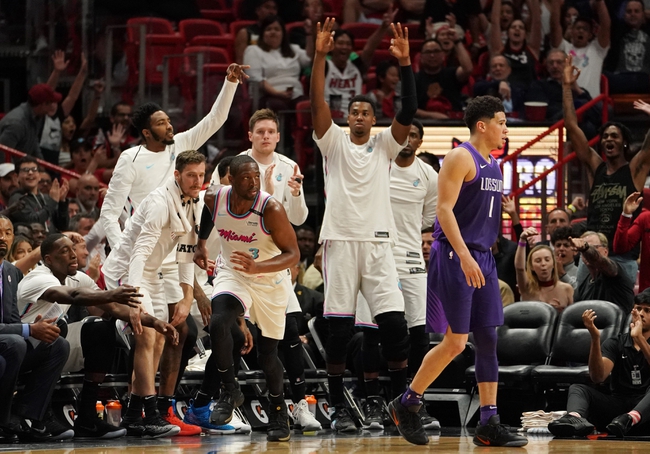 I'm not trying to lay chalk with the Miami Heat, as they're not playing good basketball right now. I certainly don't want to back the Heat without Hassan Whiteside, Wayne Ellington and Goran Dragic. However, the Phoenix Suns are the worst team in the league and that's with or without Booker. Without Booker it's obviously much worse. The Suns were rocked last night by the Portland Trail Blazers and are being outscored by 18.6 points in their last five games. It's bad, bad in Phoenix right now. So, I wouldn't bet this game personally, but if forced to pick, it's got to be Heat or nothing. The Suns have zero betting value.