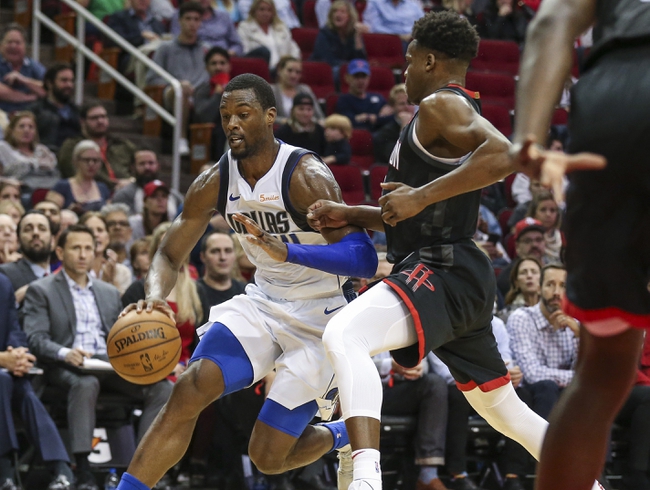 The Houston Rockets and the Dallas Mavericks collide at the American Airlines Center on Saturday night.

The Houston Rockets have been in a bit of a slump as they’ve lost six of their last eight games and they will be hoping to avoid a third straight defeat after falling to the Jazz in a 118-91 road loss on Thursday. James Harden led the team in scoring with just 15 points on five of 16 shooting, Michael Carter-Williams added 13 points off the bench while Chris Paul and Clint Capela each scored 12 points. As a team, the Rockets shot 38 percent from the field and just eight of 36 from the 3-point line but they just had no answer for the Jazz in the third quarter where they were outscored by an astounding 38-11. The rough shooting night from distance hurt the Rockets, but what killed them was the Jazz’s defense as they committed a season-high 22 turnovers leading to 33 points for the Jazz. With the loss, Houston dropped to 11-13 overall and 6-8 on the road.

Meanwhile, the Dallas Mavericks have been in great form as they’ve won nine of their last 12 games but they will be looking to bounce back after getting blown out by the Pelicans in a 132-106 road loss on Wednesday. Harrison Barnes led the team in scoring with 16 points, Wesley Matthews added 15 points while JJ Barea chipped in with 14 points and four assists off the bench. As a team, the Mavericks could never find their rhythm as they shot 42 percent from the field and 14 of 46 from the 3-point line and they were always fighting a losing battle after falling behind by 16 points going into halftime. With the loss, Dallas dropped to 12-11 overall and 2-9 on the road.

These two teams last met on Nov. 28 and it was the Mavericks who romped to a 128-108 road win so you know the Rockets will looking for some payback in this one. However, the Rockets are just 1-5 ATS in their last six road games and they’re just not shooting from the 3-point line like they were last year. This could go either way, but the Mavericks have won 10 of their 12 home games this season and I think they bounce back from Wednesday's blowout loss to the Pelicans with a solid win in this one, so they look like value as underdogs.