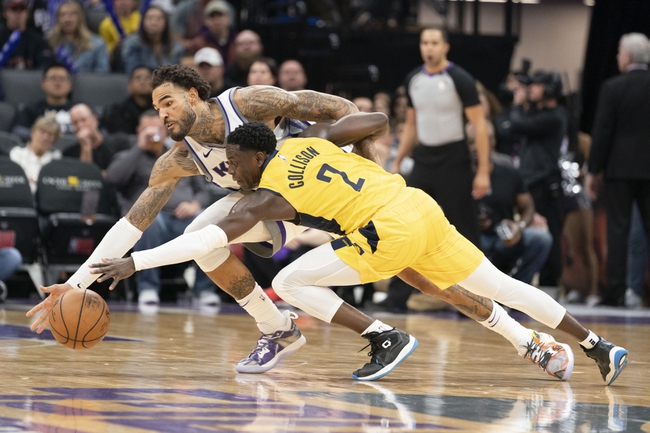 The Indiana Pacers play host to the Sacramento Kings at Bankers Life Fieldhouse on Saturday night.

The Sacramento Kings have won five of their last eight games and they will be gunning for a fourth straight victory after last night’s 129-110 road win over the Cavaliers. De’Aaron Fox led the team with 30 points and 12 assists, Buddy Hield added 25 points on five of eight shooting from the 3-point line while Bogdan Bogdanovic chipped in with 15 points and four assists off the bench. As a team, the Kings shot a healthy 57 percent from the field and 13 of 29 from the 3-point line as they turned it on in the second half where they outscored the Cavaliers by 63-44 to win easily and improve to 13-11 on the season and 7-6 on the road.

Meanwhile, the Indiana Pacers have been in decent form with four wins in their last six games and they will be aiming for a third straight victory after last night’s 112-90 win at Orlando. Bojan Bogdanovic led the team with 26 points on 10 of 18 shooting, Cory Joseph added 15 points off the bench while Thaddeus Young chipped in with 14 points, seven rebounds and four assists. As a team, the Pacers shot 47 percent from the field and nine of 26 from the 3-point line as they outscored the Magic in every quarter on the back of their defense which held the Magic to just 40 percent shooting from the field. With the win, Indiana improved to 15-10 on the season and 8-6 on the road.

The Kings have been building some momentum with three straight wins and they looked great in their last night’s big win over the lowly Cavaliers. The Pacers have been playing well themselves, especially considering that they’ve been without their best player in Victor Oladipo but they’re only 2-5 ATS in the last seven home games while the Kings are 5-2 ATS in their last seven games overall. This is a game that could go either way, but the Kings have won seven of 13 road games this season and I think they keep it going with a road win against the shorthanded Pacers.