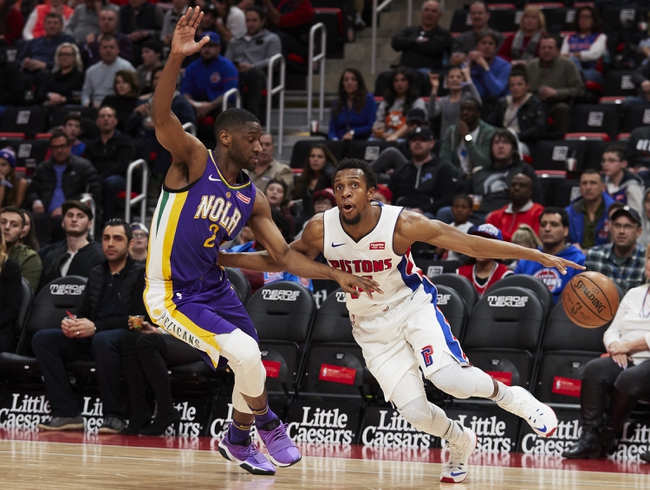 The New Orleans Pelicans and the Detroit Pistons duke it out at Little Caesars Arena on Sunday afternoon.

The New Orleans Pelicans have been in a bit of a slump as they’ve lost seven of their last 10 games and they will be looking to bounce back after falling to the Grizzlies in a 107-103 home loss on Friday. Julius Randle continued his great start to the season with a team-high 26 points, 13 rebounds and three assists, Anthony Davis added 25 points with 11 rebounds and four blocks while Jrue Holiday chipped in with 20 points and 11 assists. As a team, the Pelicans shot 45 percent from the field and seven of 29 from the 3-point line as they were right in the contest until the final five minutes where they missed four free throws and all of their field goal attempts. With the loss, New Orleans fell to 13-14 on the season and 10-4 at home.

Meanwhile, the Detroit Pistons have won nine of their last 14 games but they will be hoping to put a halt to a three-game skid after falling to the 76ers in a 117-111 home loss on Friday. Blake Griffin led the team with a big game of 31 points with 12 rebounds and six assists, Andre Drummond added 21 poitns with 10 rebounds while Reggie Jackson chipped in with 13 points and five assists. As a team, the Pistons shot 41 percent from the field and seven of 28 from the 3-point line as they stormed out of the gates to lead by 12 points going into halftime, only to fall apart in the second half where they were outscored by 61-43. With the loss, Detroit dropped to 13-10 on the season and 9-5 at home.

The Pelicans will be kicking themselves after falling apart in the second half against the Grizzlies as the loss drops them back below .500. The Pistons were in great form before falling off the pace with three straight losses and they could still be without Reggie Bullock who has missed the last two games, but they’re a solid 9-3 ATS in the last 12 meetings and I like their chances against the Pelicans who haven’t played well on the road at all this season, winning just three of 13 road games.