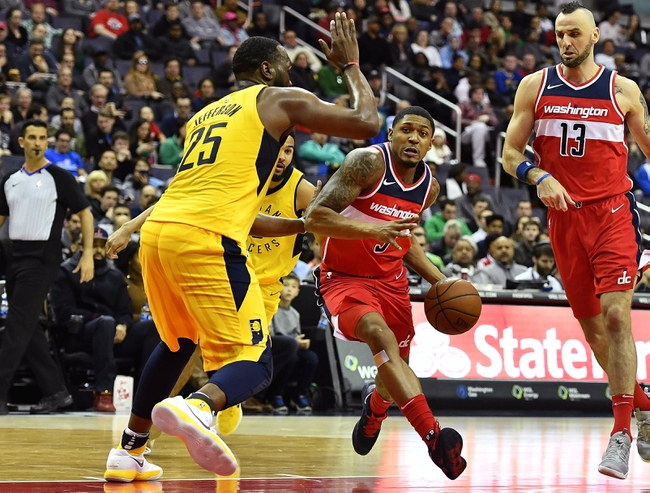 The Washington Wizards and the Indiana Pacers do battle at Bankers Life Fieldhouse on Monday night.

The Washington Wizards looked like they were starting to turn the corner with six wins in their last 10 games, but their spirits will be at an all-time low after having their three-game win streak snapped by the lowly Cavaliers in a 116-101 road loss on Saturday. Bradley Beal led the team with 27 points and five assists, Jeff Green added 17 points off the bench while Otto Porter Jr. chipped in with 15 points. As a team, the Wizards shot just 44 percent from the field and 14 of 38 from the 3-point line but they were always fighting a losing battle after falling behind by 38-25 in the first quarter. John Wall was considered a game-time decision as he was dealing with an illness and it showed on the court as he finished with just one point and six assists in 26 minutes of action. With the loss, Washington fell to 11-15 on the season and 4-10 on the road.

Meanwhile, the Indiana Pacers have been in decent form as they’ve won five of their last seven games and they will be gunning for a fourth straight victory after taking down the in-form Kings in a 107-97 home win on Saturday. Thaddeus Young led the team with 20 points, Bojan Bogdanovic added 18 points while Darren Collison and Domantas Sabonis each scored 14 points. As a team, the Pacers shot 43 percent from the field and eight of 30 from the 3-point line as they turned the tide of the game in the second quarter before pulling away with a decisive 19-4 run in the fourth quarter. With the win, Indiana improved to 16-10 on the season and 8-4 at home.

The Wizards have shown no consistency all season and you just don’t know what you’re going to get from them after getting blown out by the lowly Cavaliers on Saturday. The Pacers have been playing pretty well despite being shorthanded as players like Collison and Sabonis have stepped up in the absence of Victor Oladipo but you just wonder how their backcourt is going to fare against the Wizards’ backcourt duo of Wall and Beal. The Pacers have clearly been the more reliable team who have been in better form, but the Wizards are 12-2 ATS in the last 14 meetings in Indiana and I think they’ll be fired up after getting embarrassed by the Cavaliers in their last outing.